Music Video Monday Special: Let Me Put My Love Into You

Next up on our "songs to creep out Tipper Gore by" playlist: Number six out of the "Filthy Fifteen," "Let Me Put My Love Into You" by AC/DC!

The PMRC objected to this one because of its sexual content. 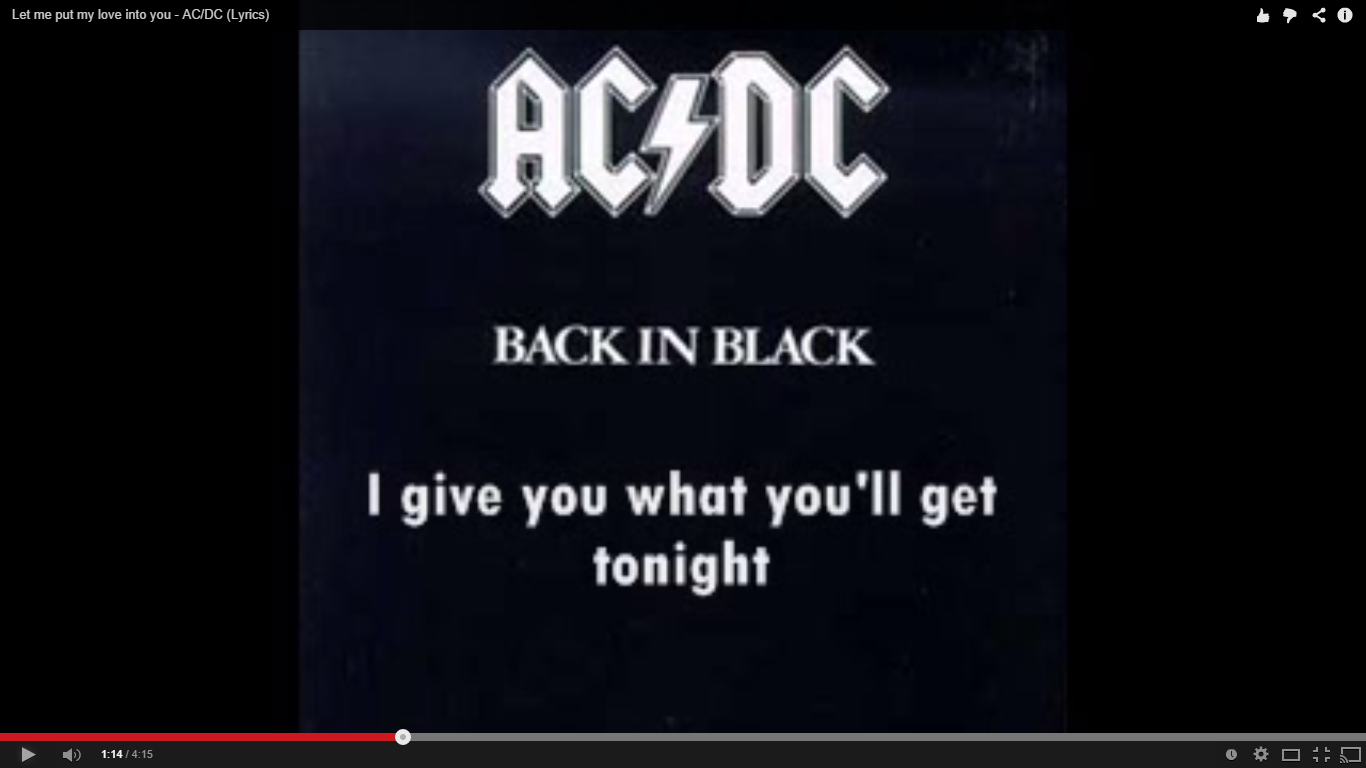 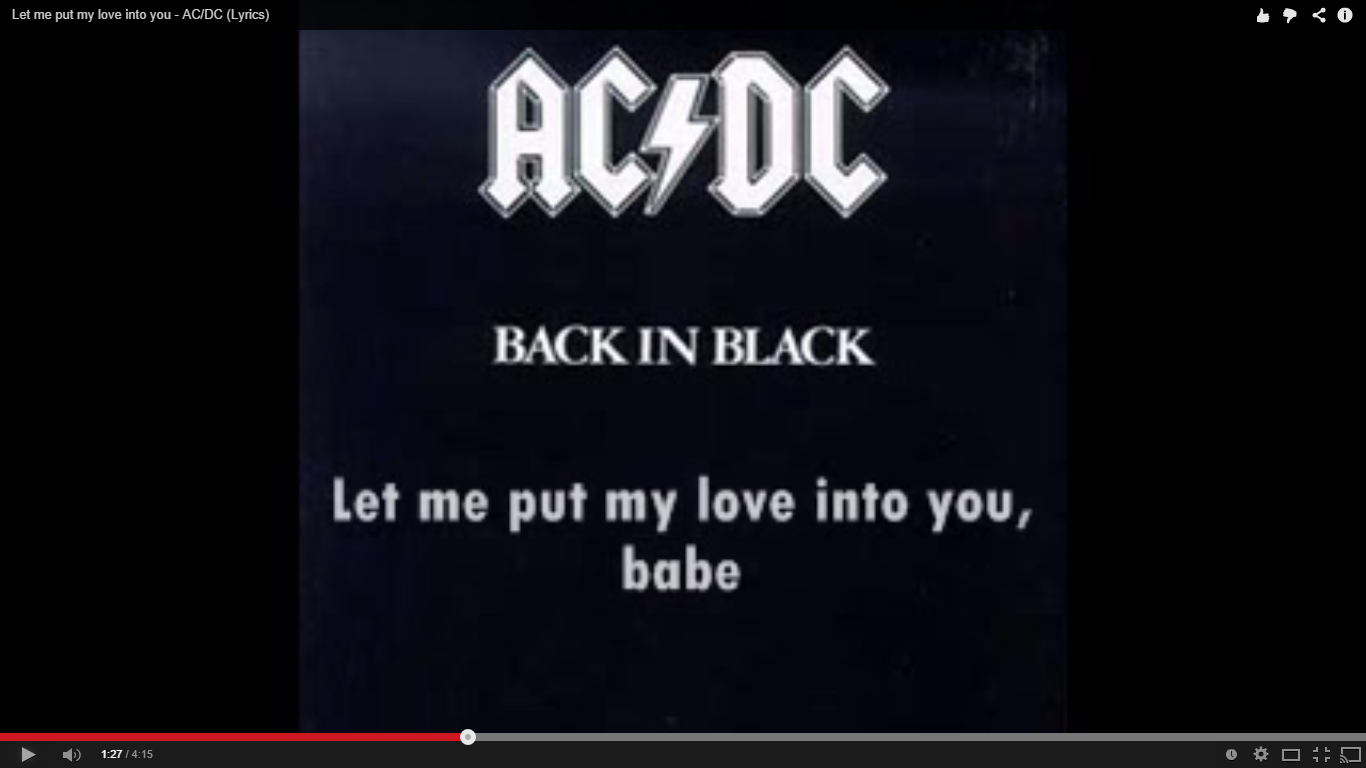 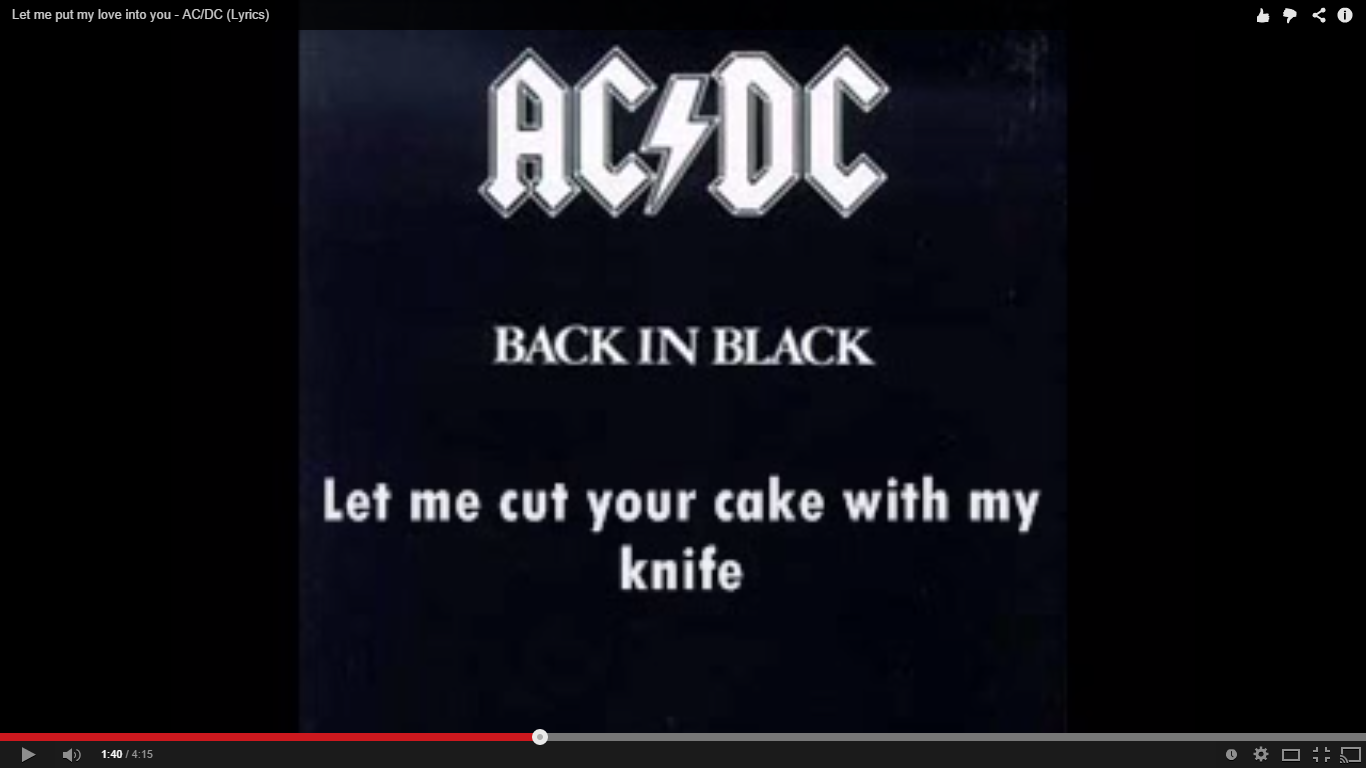 I can see that.

I can't help but wonder, though, why exactly they chose this song specifically. Out of all the songs that existed in AC/DC's already-extensive catalog back in 1985, why was this one specifically held up as an example of the most degenerate music Western culture had to offer?

I mean, AC/DC has plenty of songs that celebrate dirty, sexy debauchery, and some of them are a hell of a lot more explicit than "Let Me Put My Love Into You." Why not "You Shook Me All Night Long," for instance?


Or how about "TNT?" It has all the innuendo of "Let Me Put My Love Into You," plus original AC/DC frontman Bon Scott's super-creepy lip licking.


"The Jack" would probably get the Washington Wives properly riled up too, though if they had had more than half a brain to share among themselves, they would have co-opted this song to warn the youth of America against sleeping around. "Don't trust anyone who claims to be a virgin, kids, or you'll get gonorrhea and rot your junk off just like them Aussie devil-rockers!"


Also, how about "Dirty Deeds Done Dirt Cheap?" Why is a song with some mild sexual content so much more morally objectionable than a song about a contract killer?


My personal theory is that the Washington Wives either a) heard part of this song playing on the radio, thought "yeah, that sounds racy enough to fill our one remaining 'evil sex songs' slot," and ran with it, because they couldn't be bothered to do any actual research or b) had horribly, laughably misplaced priorities.
Posted by Lady Evil at 9:00 AM