(Content note: I censored the naughty word in the title because I post all my blog posts to Facebook, where all my friends--some of whom have small children or are conservative--can see the titles. Any cuss words in the actual post, however, will remain fully visible as always.)

Moving on to the next track on our "Songs to creep out Tipper Gore by" playlist: Number nine out of the "Filthy Fifteen," "Animal (Fuck Like A Beast) by W.A.S.P.!

So. Two things struck me while I listened through this song.

1. This seems to be the only rock song on the Filthy Fifteen list that's really, truly...well...filthy. Yeah, there are some pop songs on the list that have straight-up sexual content (Prince's "Darling Nikki," for instance). The two other supposedly sexful rock songs on the list, however, don't go any further than innuendo. W.A.S.P. gives us rapey lyrics and actually says the word fuck.

2. Blackie Lawless* was hawt back in the day. 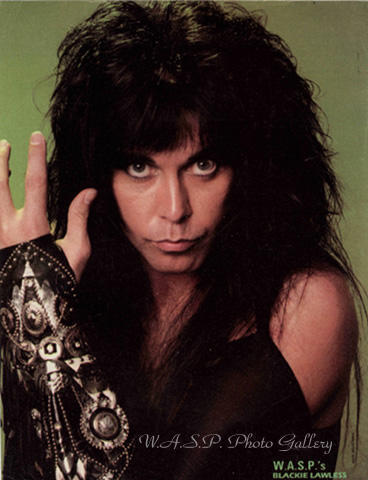 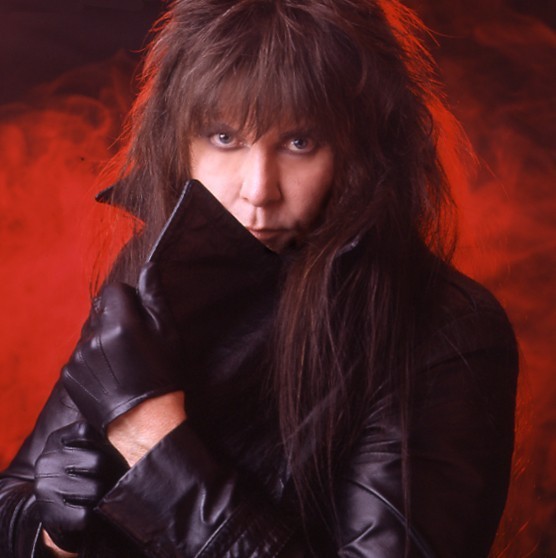 Anyway. What was I talking about again?

Oh yeah. This is basically a song about violent, animalistic sex, and on the surface I can see where the PMRC might have had a point in wanting to keep it out of the hands of impressionable children.

1. In their early days, W.A.S.P. were a rather over-the-top band. They threw bits of raw meat at the audience as part of their act. Also, there was much drinking of blood from skulls. I get the feeling that there was more than a little bit of satire going on in their work. I wouldn't count on a bunch of high-strung society wives who see moral corruption around every corner to pick up on satire, though.

2. One of the Washington Wives' major arguments for that annoying sticker was that modern parents were too busy to personally review every single song their kids wanted to listen to, so they needed an easy way to tell whether a new album had objectionable content or not.

Do you really need a stupid sticker to tell you that this might not be the best thing to let your thirteen-year-old listen to?

Yep, that's the cover for the "Animal" single. You don't exactly have to be a genius with a million degrees in music history to know that this is not for children. Just look at the thing and use your brain. It's not difficult.

Also, I'm afraid I don't have much patience for this "I don't have time to raise my child, so I want the government to put stickers everywhere to tell me how to do it" bullshit. The government has more important matters to attend to. Parents, meanwhile, made a (hopefully, anyway) voluntary decision to make tiny humans and raise them to adulthood. When you do that, you automatically accept the responsibility that goes along with it. And yes, parents, that includes slogging through hours of godawful pop music on your way to work if you want to restrict your kids' access to certain kinds of music. If you don't want to do that, then let them listen to whatever, deal with any consequences that arise yourself, and leave the rest of us alone.

*I wonder how dear old Tipper would react if you told her back in 1985 that someday in the distant future Blackie would consider himself a born-again Christian and refuse to play this song live again.