Hey, did you know that super-sexy W.A.S.P. frontman Blackie Lawless was in a weird conceptual band called Circus Circus before W.A.S.P. formed? Probably not. Circus Circus never took off.

Possibly because it was creepy as shit.

Then you start to notice things. Weird, off things. 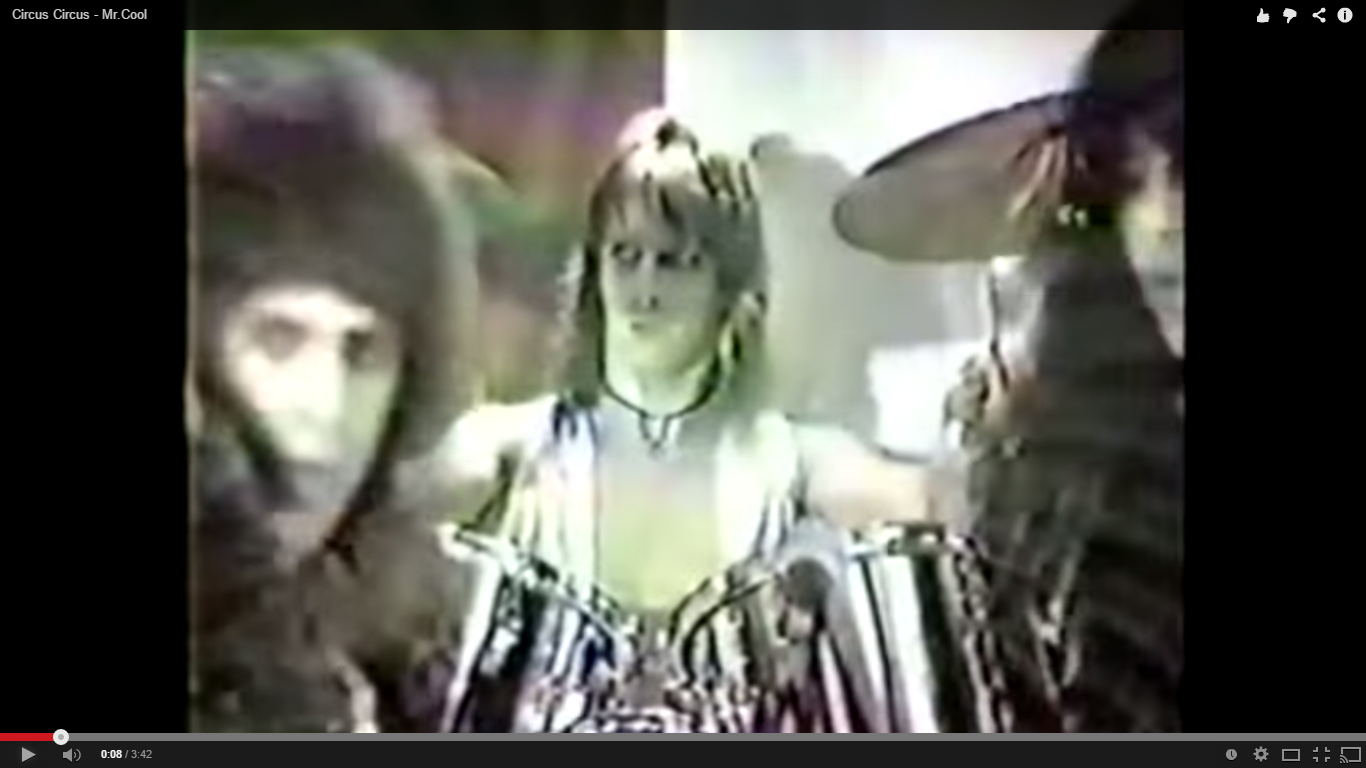 What is he looking at? Are his eyes even pointing in the same direction? And why is he so stiff and pale? Is he...is he a corpse?

Wait. Why are you making that strange, unnatural gesture with your arm, guitarist to Blackie's right? 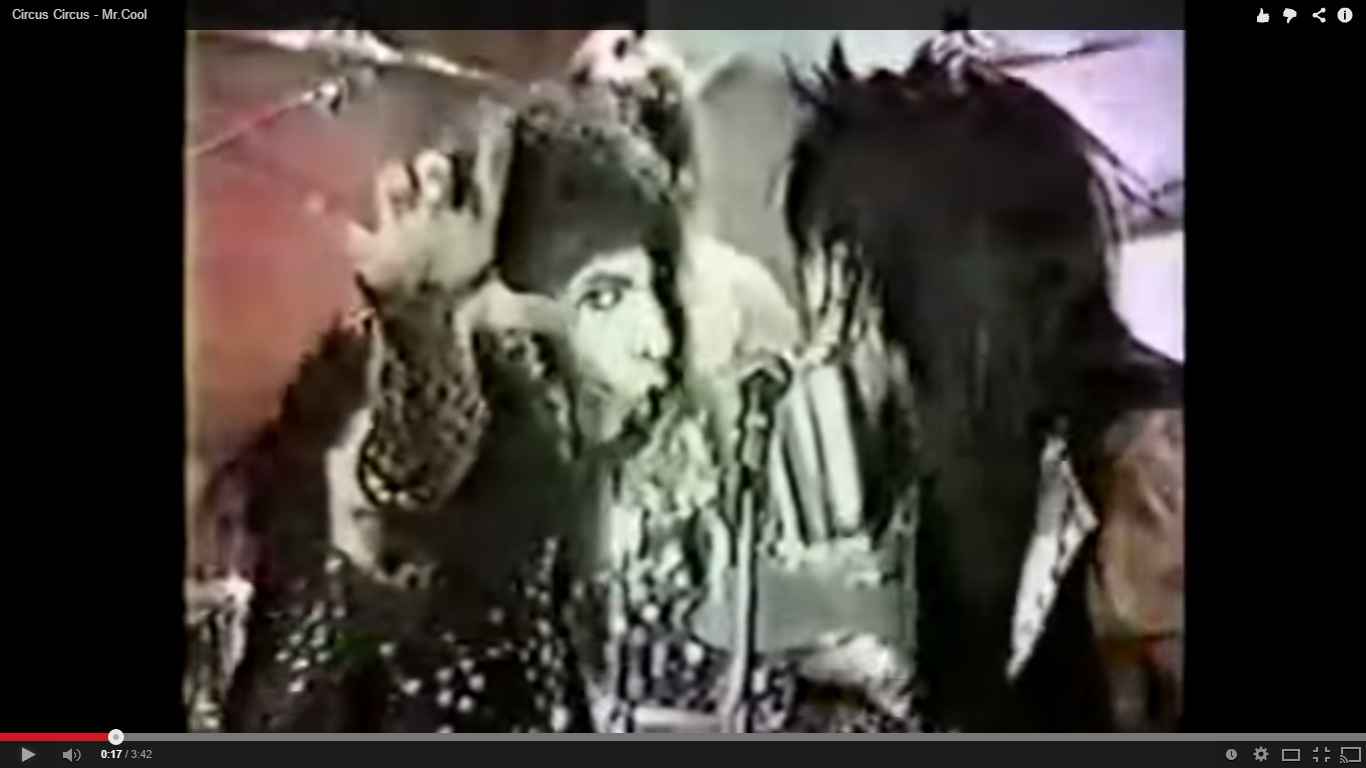 Why, it's almost as if you're trying to ward us away...To warn us of some lurking monster...

Oh, but that's silly. It's only Blackie Lawless. I mean, he's wild and crazy and over the top and all, but surely he's not a malevolent force of evil or anyth... 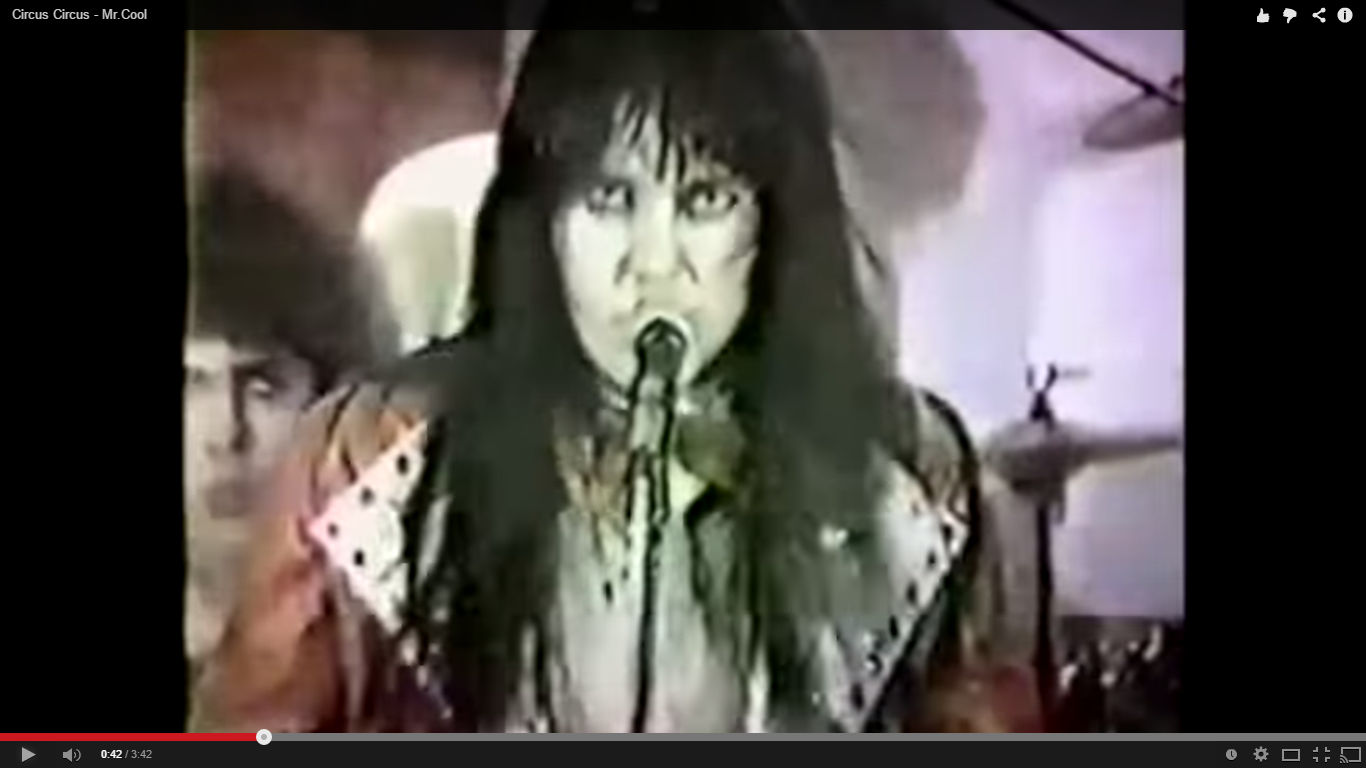 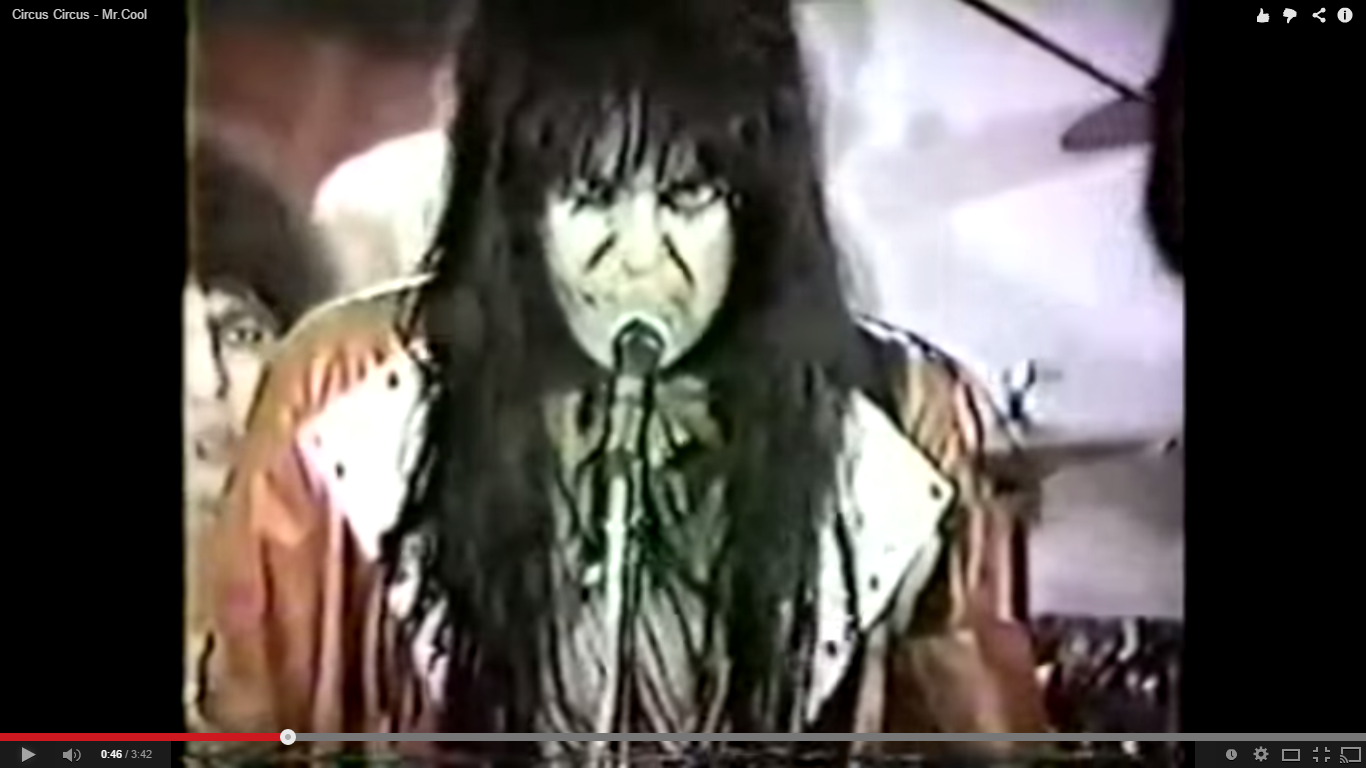 The eyes, they burn. They beckon. 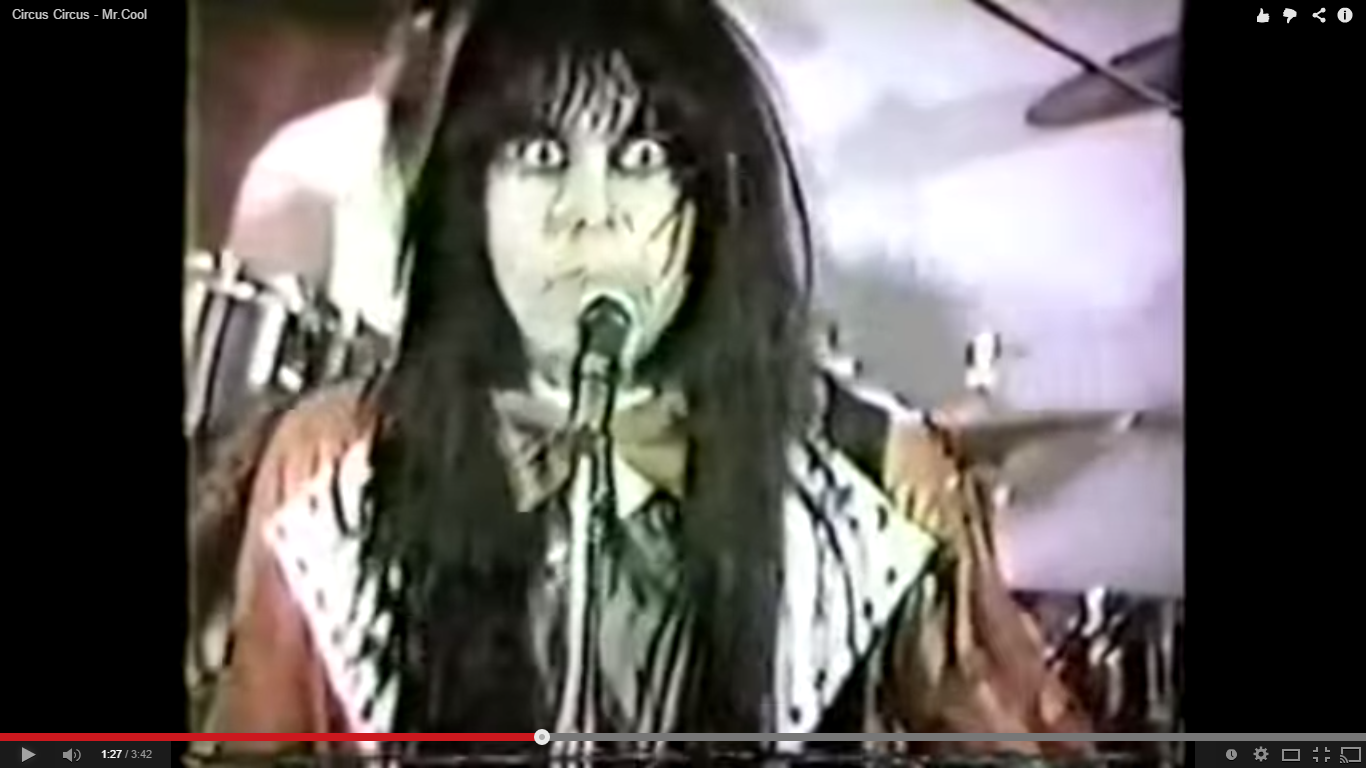 THEY SHALL PIERCE MY NIGHTMARES FOREVER.

That's seriously about 85% of what this video consists of right there: Blackie swaying hypnotically and making scary eyes at the camera, while the grainy, patchy video makes him look even creepier.

And I watched this video. All the way through.

Wait, wasn't there a movie a few years back? One where bad things happened to people who watched a crappy old video featuring a black-haired, pale-skinned, spooky-eyed ghoul all the way through?

This doesn't bode well for me.

Seriously, have you ever had a gorgeous, leather-clad rock star materialize in your room to wreak his otherworldly, demonic vengeance and then had to explain to your husband why he's in the bedroom with you? Trust me, "He just crawled out of my laptop, dear--swear to God!" just isn't gonna cut it.