First up on our "songs to creep out Tipper Gore by" playlist: Number three on the "Filthy Fifteen" roster, "Eat Me Alive" by Judas Priest.

The Washington Wives' main complaint about this song was its sexual content. Specifically that it was a song about sex at gunpoint.

How much water does this complaint hold?

Let's examine the lyrics and find out:


It didn't take me long to find the offending line. 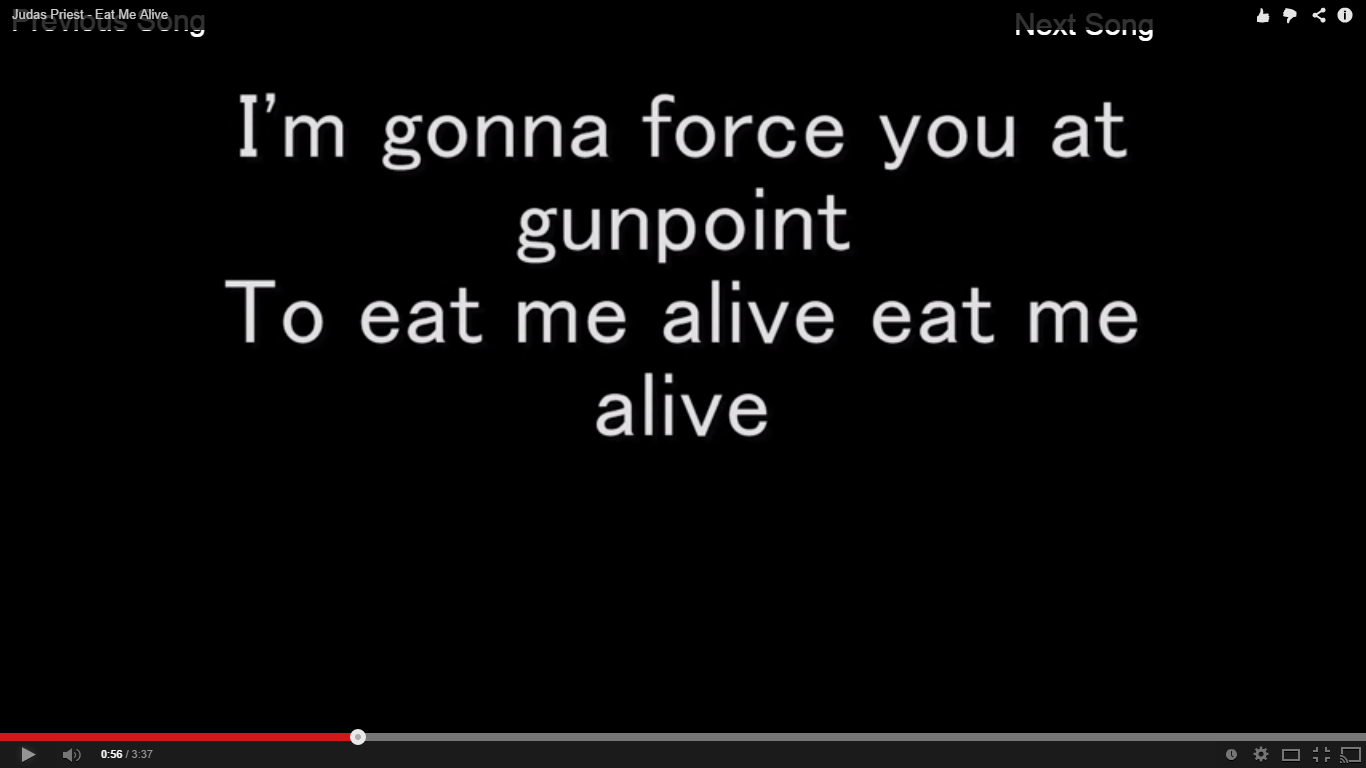 So...yeah, that's pretty explicit. Could it be that the PMRC actually had a point where this song was concerned?

Here's the catch: That "gun" is only definitely mentioned once. Sure, there are some more vague references to shooting, lunging, and a something-or-other made of metal being shoved in somewhere: 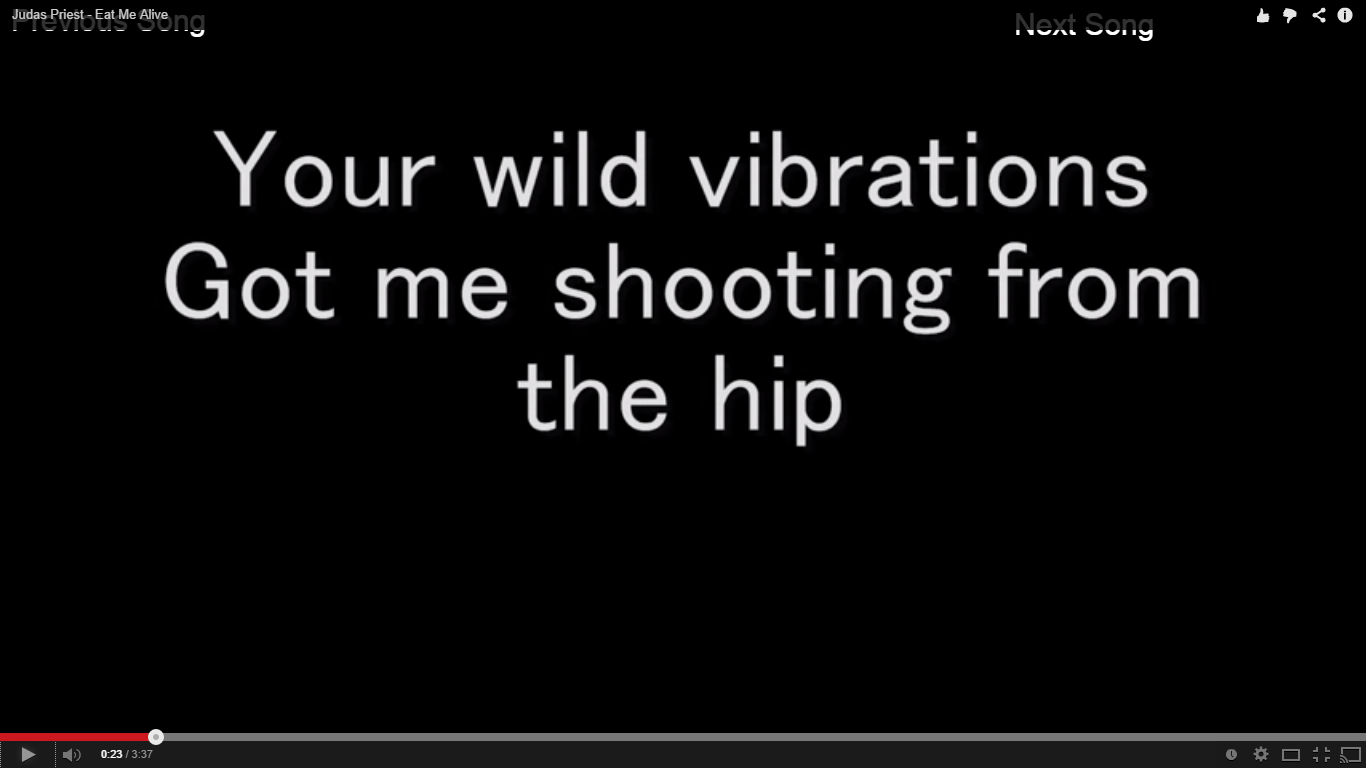 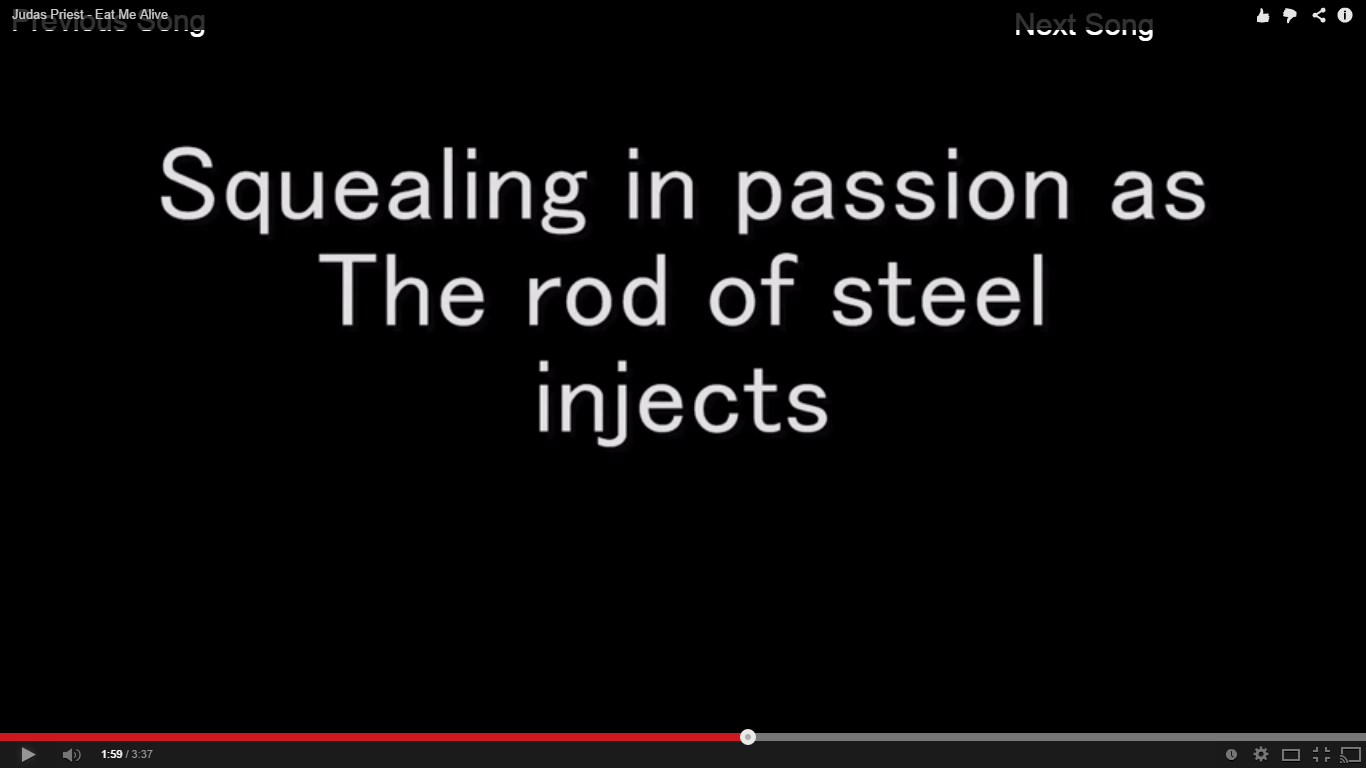 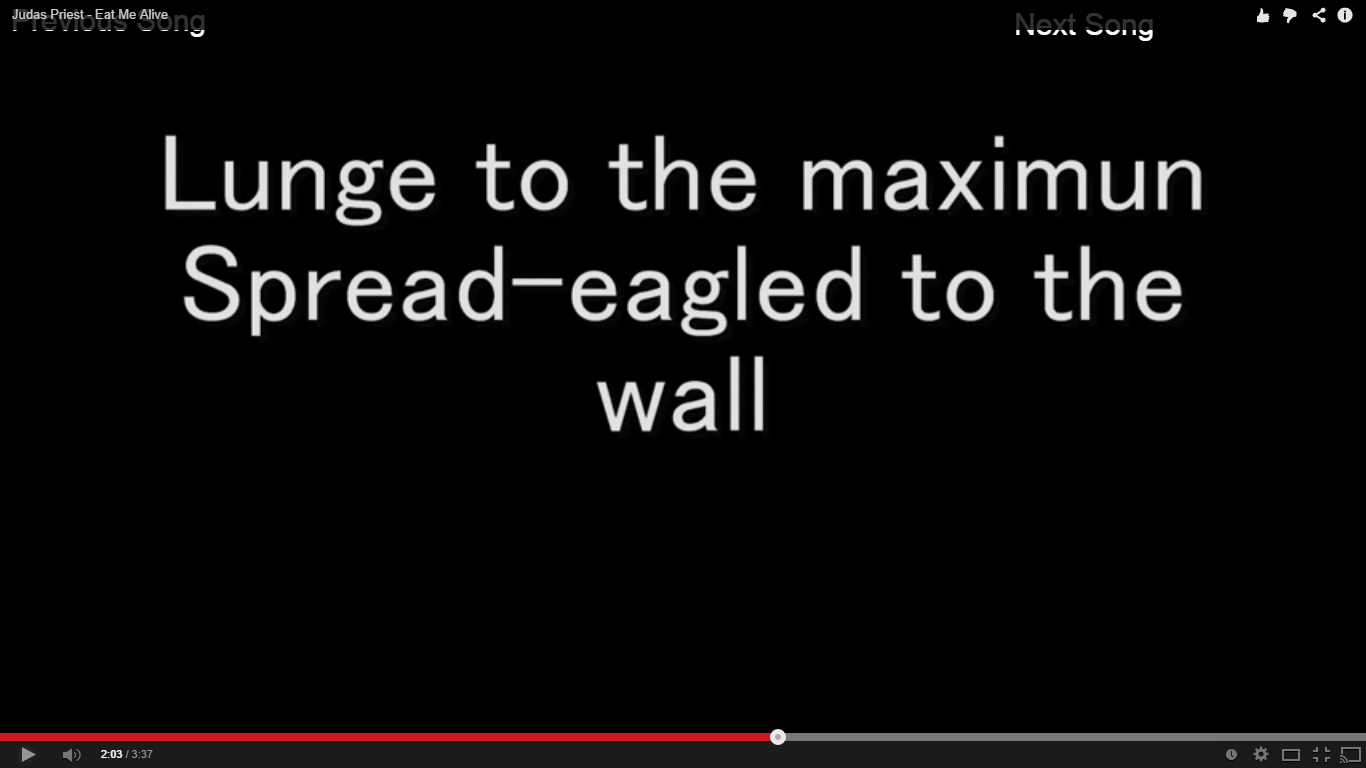 But these references are vague enough that it isn't really a foregone conclusion that you'd interpret those words as being about holding a gun to someone's head while forcing sex on them. I honestly got way more of a motorcycle-fetishism vibe from this song on first listen-through; the rape-at-gunpoint angle didn't even occur to me until I sat down and read through the lyrics line by line.

Admittedly, I do have a rather strong association between Judas Priest and motorcycles in my mind since Judas Priest frontman Rob Halford* apparently loves motorcycles and there are a bajillion photos floating around the internet of him straddling one:

My conclusion? Yes, this song is about sex, but it's nothing for anyone--even a pack of high-strung politicians' wives--to get upset over. There is that ONE line, but I don't think the "force you at gunpoint" reference is meant to be taken seriously. I think it's this wild, newfangled thing called a "metaphor." That's when you describe one thing, but that thing you are describing is actually just a symbol for another thing that you are actually describing! It's all very artsy and metaphysical. And no, PMRC, you don't have to slap a damn sticker on it just because all the cool kids are doing it and you can't quite understand why.

*In 1998, Rob Halford (who is awesome) officially came out as gay. I can't help but wonder how it would have affected the PMRC's perception of this song if his sexuality had been more generally known at the time and the Washington Wives had harbored even a vague suspicion that "Eat Me Alive" might actually be about *gasp!* *faint!* gay sex! Maybe we'd all be better off not knowing. I love you, 1980's, but you had a homophobia problem. Even your comic books were blatantly, inexplicably terrible to gay people.
Posted by Lady Evil at 10:00 AM