This is a public service announcement for hair metal groupies:

Did you know that if you break up with Babylon A.D. vocalist Derek Davis, he can and will have you thrown into his private prison?

First you'll be stripped to your underwear and locked up a cramped cell: 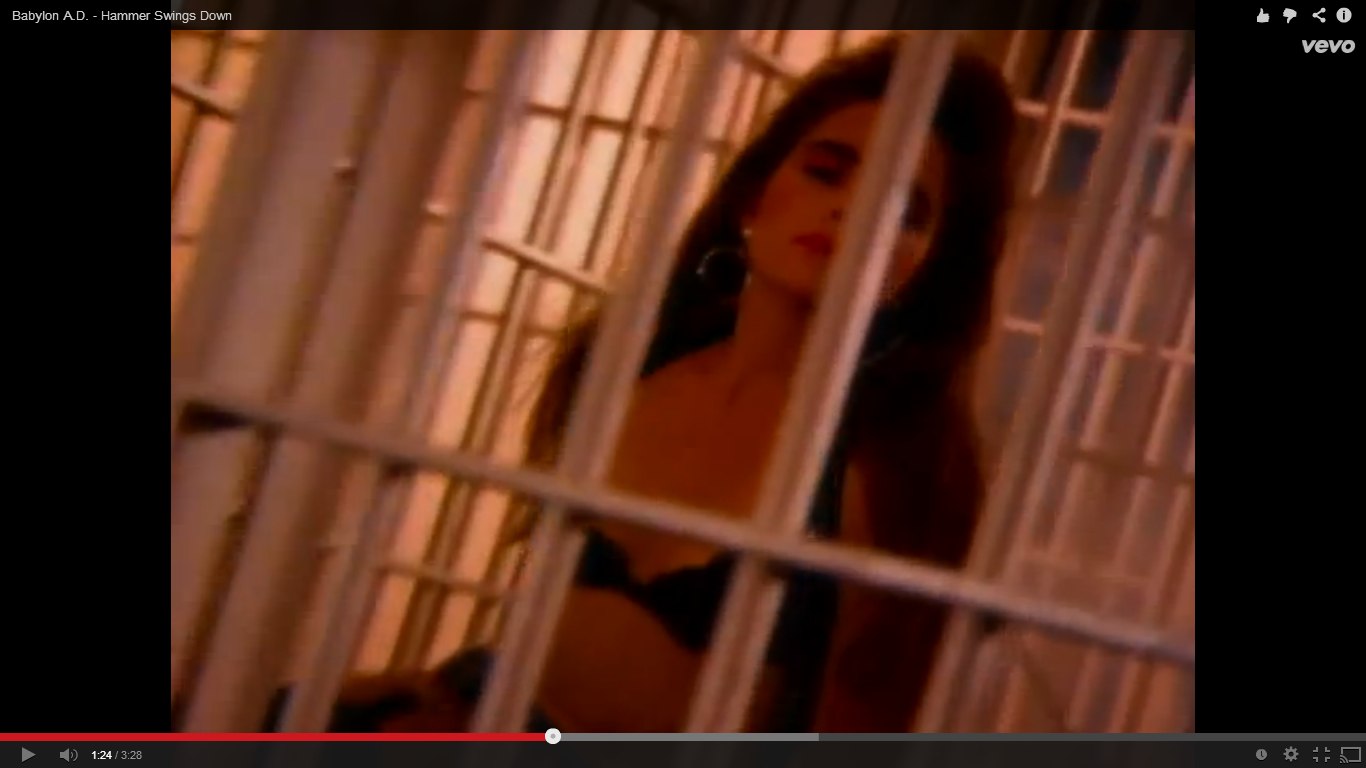 Under the watchful eye of a female warden, who has such bloodthirsty zest for her job that she frequently forgets her pants in her hurry to get to work: 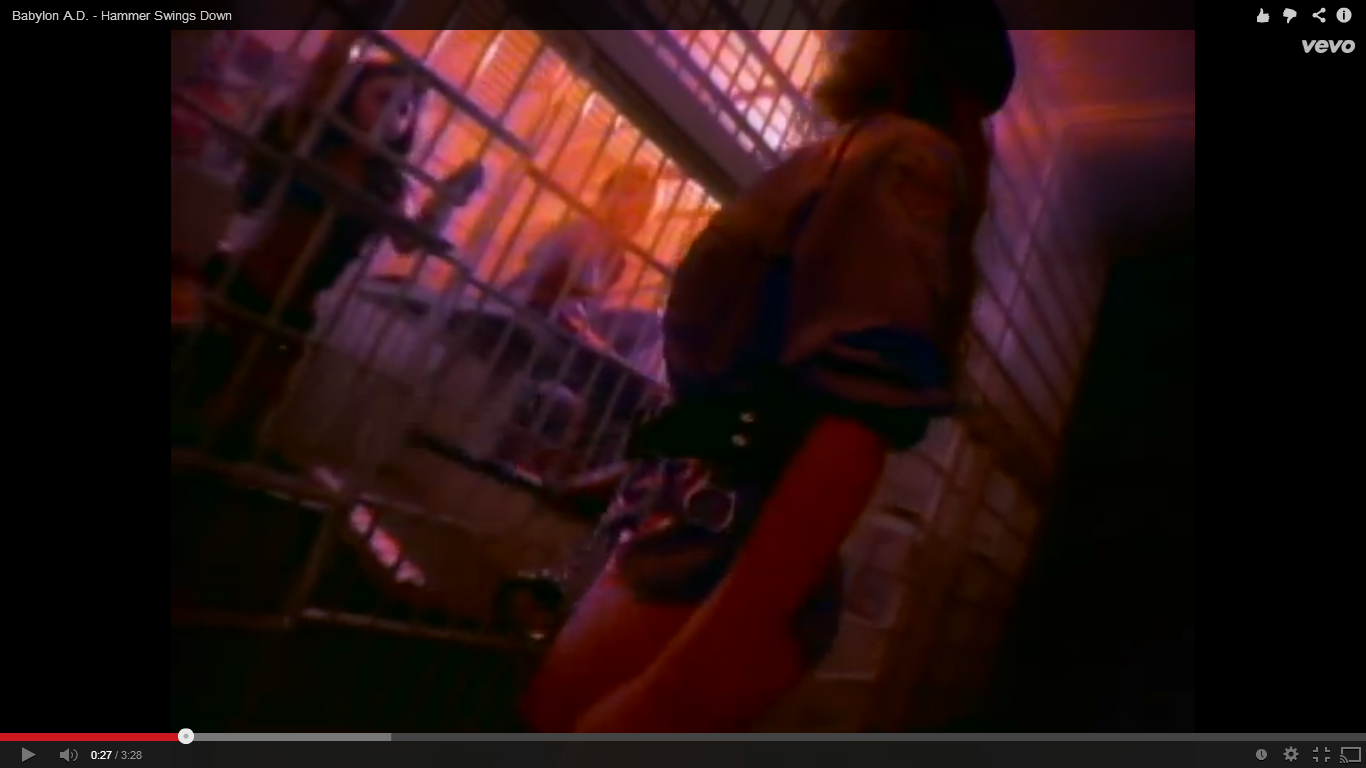 And if you step out of line, the inexplicably hot and scantily clad female guards will take you to the interrogation room and strap you...into the torture chair and tell you...what a...bad girl you've been...and...um...er... 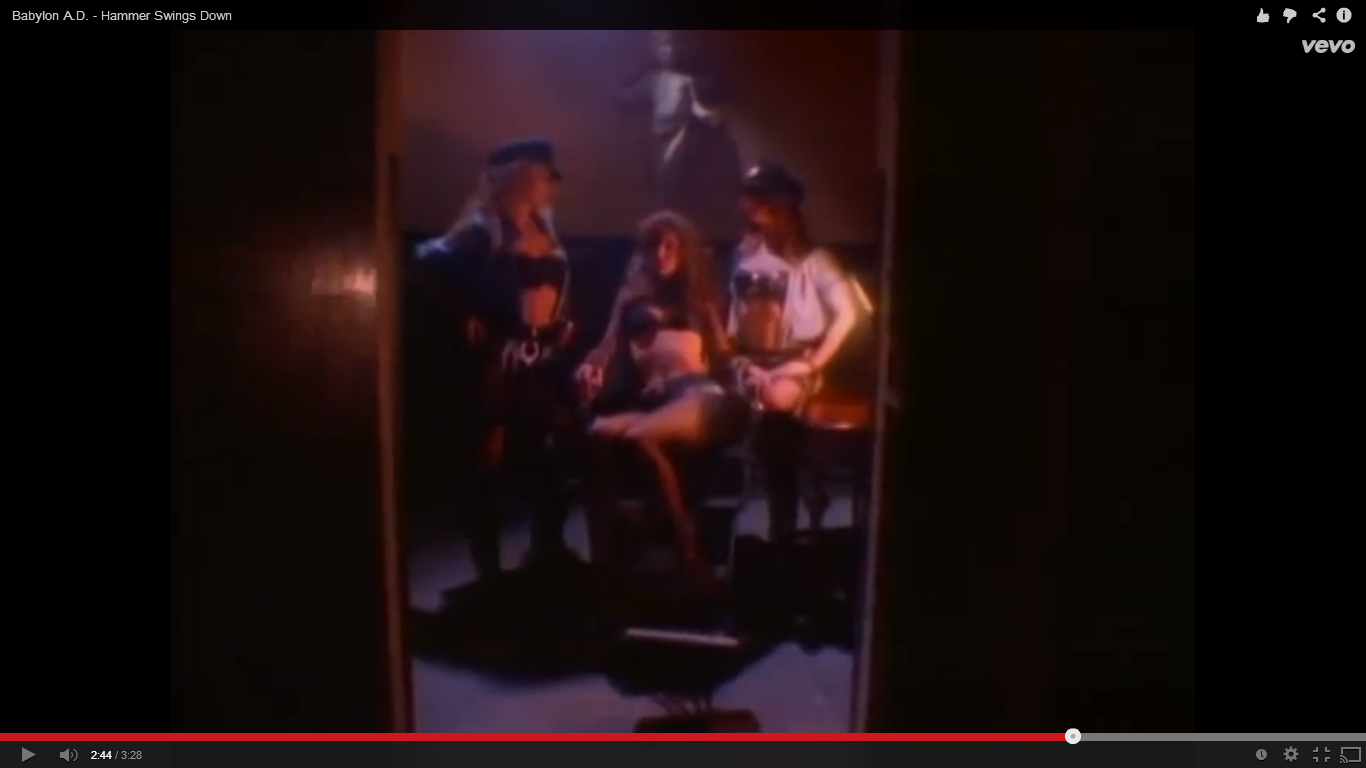 Okay, this is just getting gratuitously creepy. It gets even creepier when you consider the fact that the band is obviously inside the prison while they're performing this song. See the giant cement overpass/guard catwalk and barbed wire fence in the background? 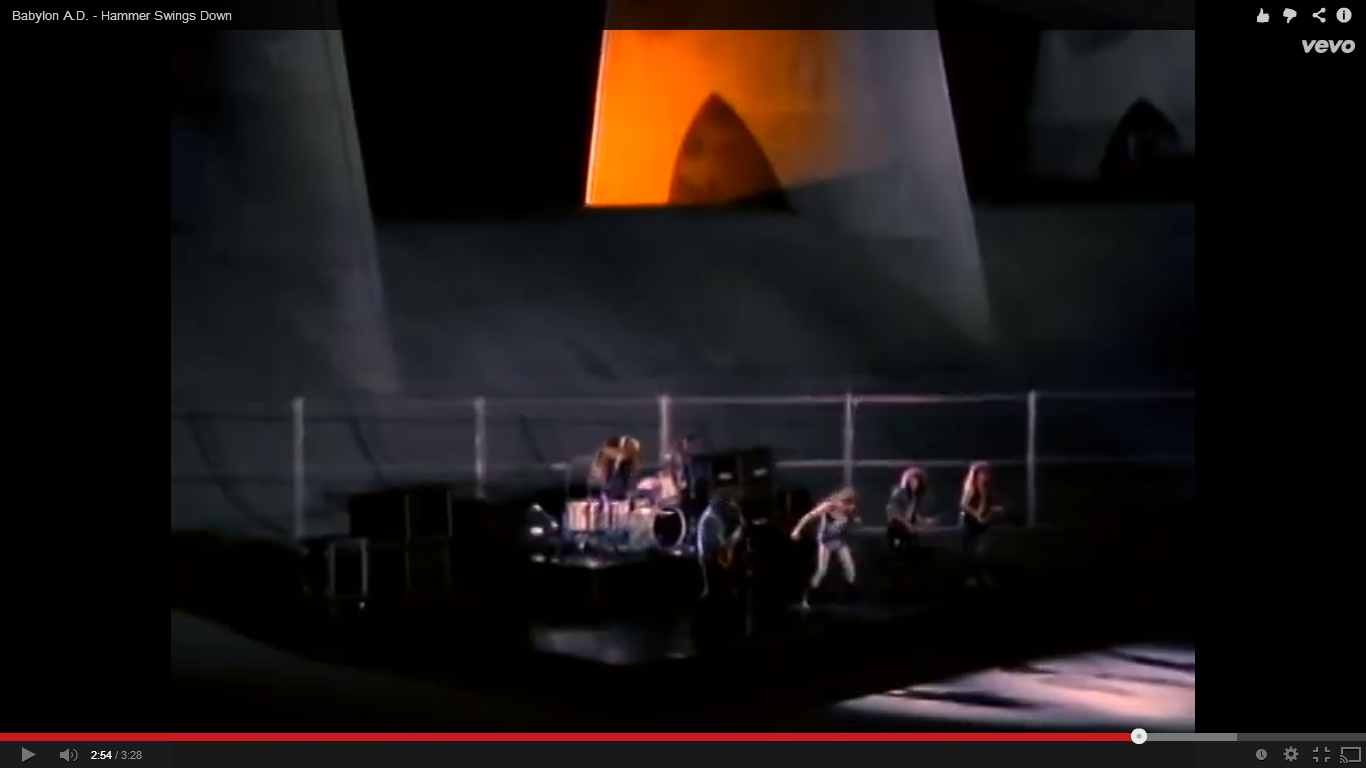 But maybe I'm being too hard on the guy. From the looks of some of these inmates, he may have locked at least some of them up because they made him genuinely fear for his safety: 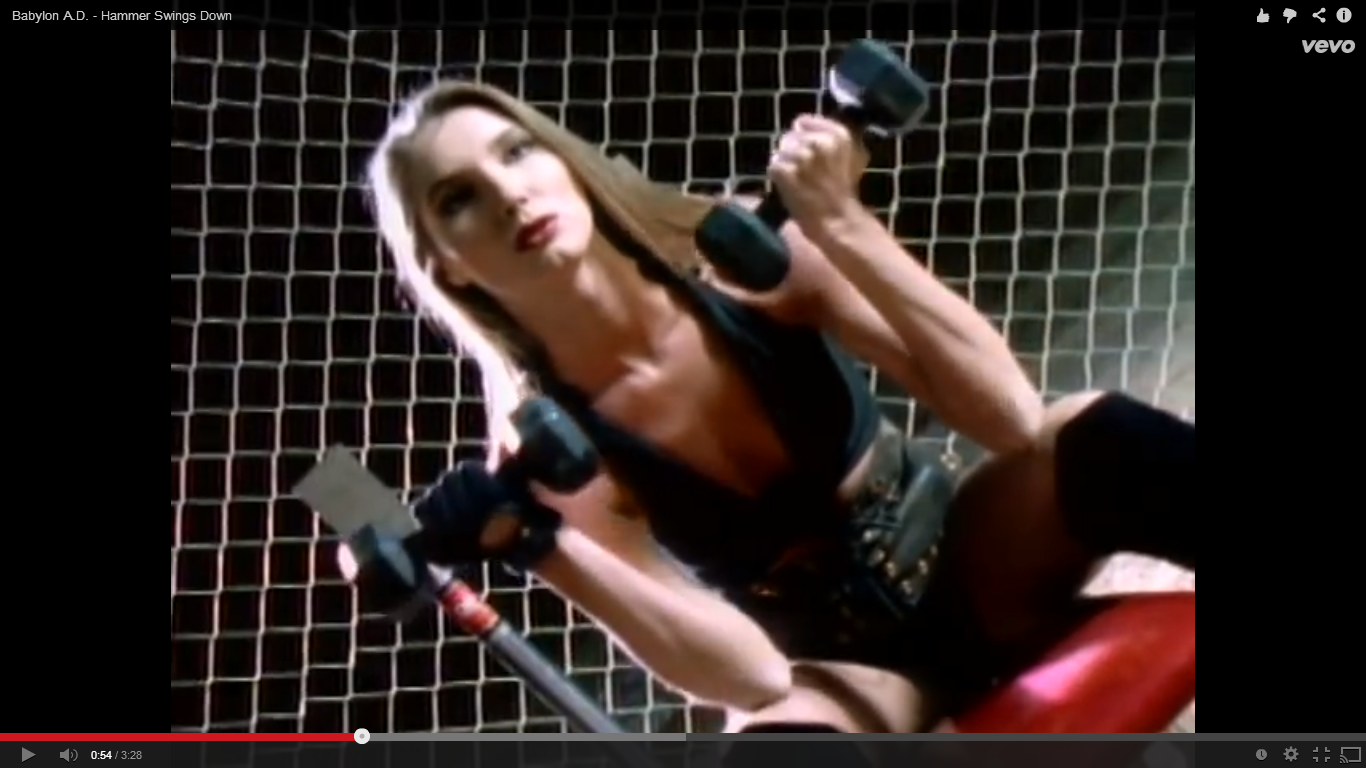 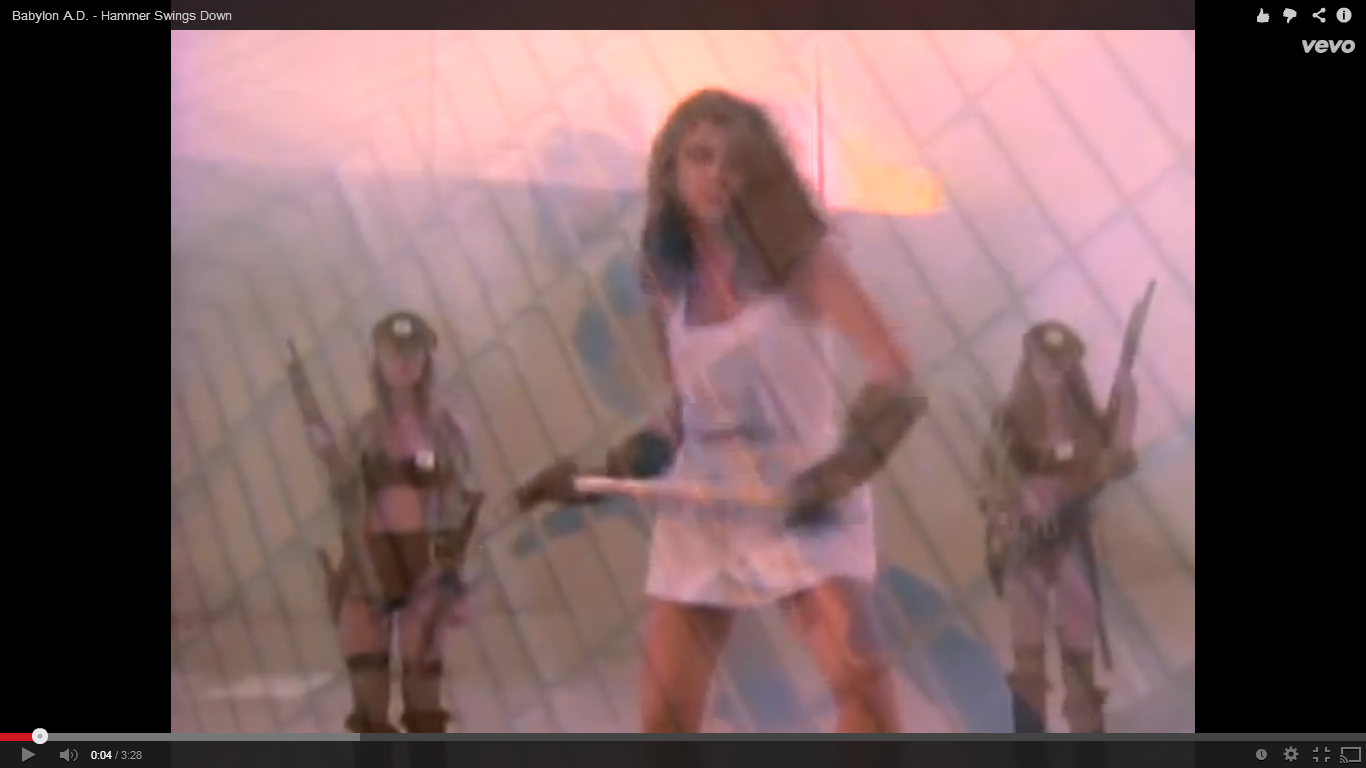 Here's a suggestion, Derek. Maybe you should stop dating towering amazons who pump iron and can swing ginormous hammers around like Thor at a concrete-smashing contest. Then you wouldn't have to preemptively incarcerate every one of your exes out of sheer terror of them beating you into a puddle of pulverized flesh and shattered microphone bits.

Also, I don't care how easy you've heard it is to hide a shiv down a shirt or pant leg, you've got to get these ladies some real clothes. And stop hanging around the prison to make sure the cells are still secure. You're giving people all the wrong ideas, man.