Ever had those neighbors who deliberately inform the whole neighborhood that they're having sex?

You know what kind of neighbors I'm talking about: The squealing, shameless sexual athletes with freakish stamina, the ones who leave their windows open and probably deliberately bought a rickety old bed and a cheap mattress to maximize headboard-thump and spring-squeak output. Those neighbors.

If you've ever had a neighbor like that, you'll probably sympathize with Old Black Guy in Tora Tora's "Walkin' Shoes" video.

Old Black Guy just wants to sit on his porch and enjoy the sun: 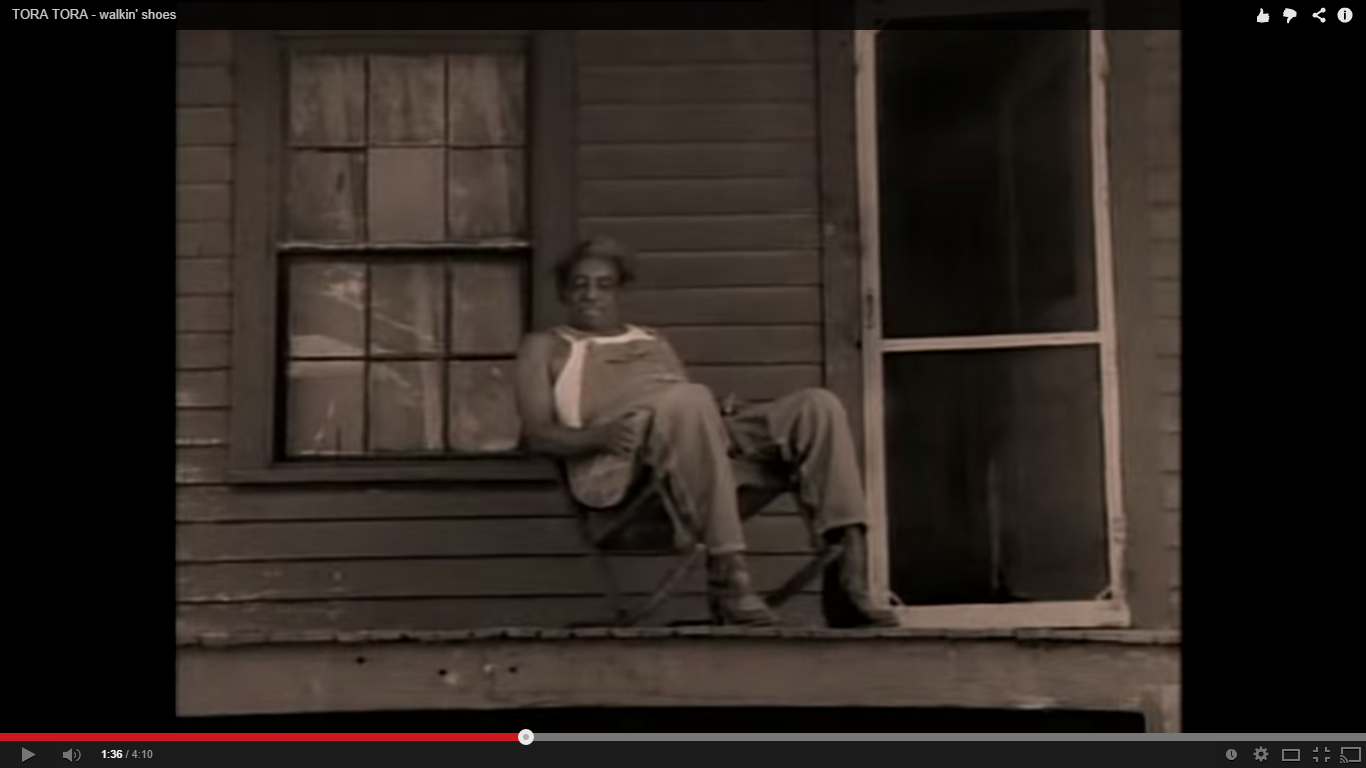 Unfortunately for him, his neighbor, Skanky Rocker Dude, has plans to show off what a fun night he had. You see, Skanky Rocker Dude is a special kind of exhibitionist. He isn't content to just make a lot of noise and "accidentally" leave the blinds up. No, he just has to add a special little twist of narcissism to his public display. See, after he's done having sex, he just gets up, puts on his clothes and sweet cowboy boots: 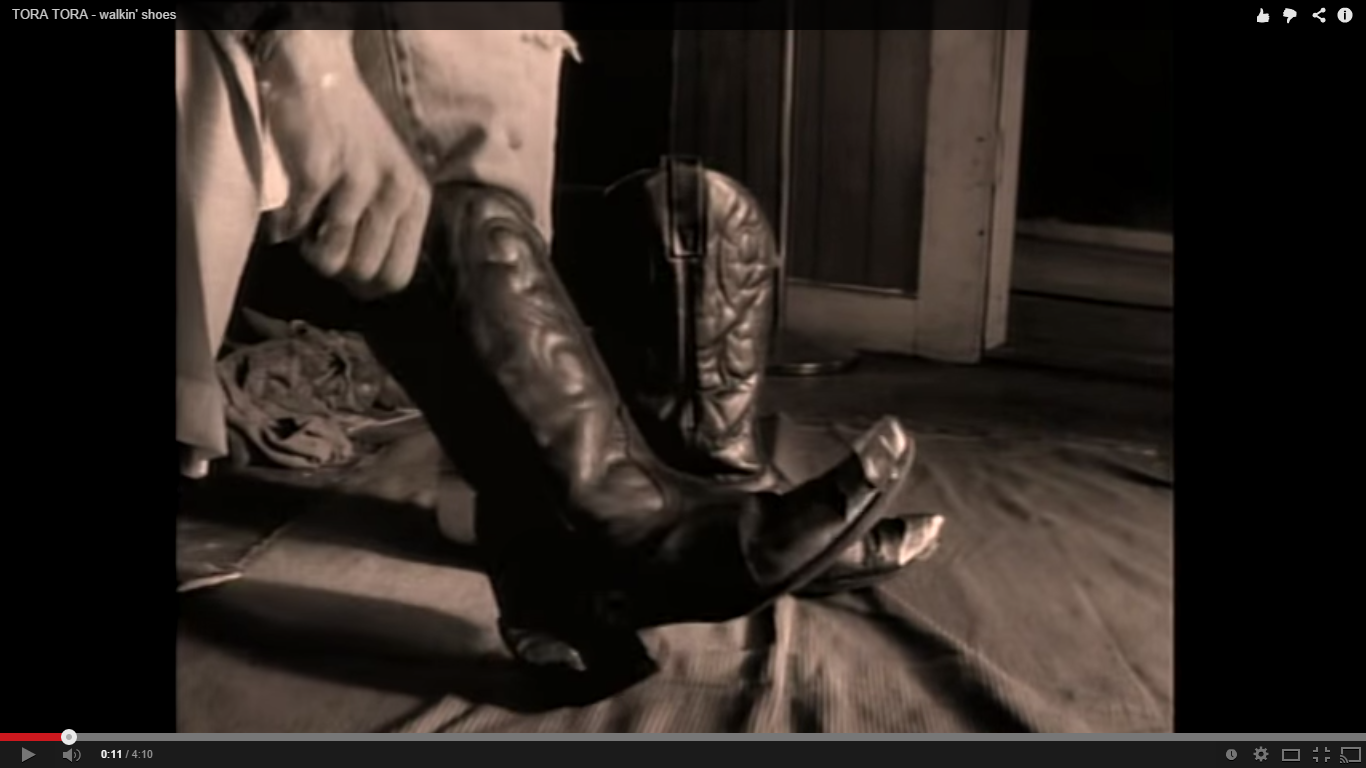 And then he just walks out the front door (of course it was left open all night; how else would Old Black Guy know how much amazing sex Skanky Rocker Dude was having?), instead of waking Groupie up and telling her that this was fun, but it was a one-night stand and it would be best if they both moved on now: 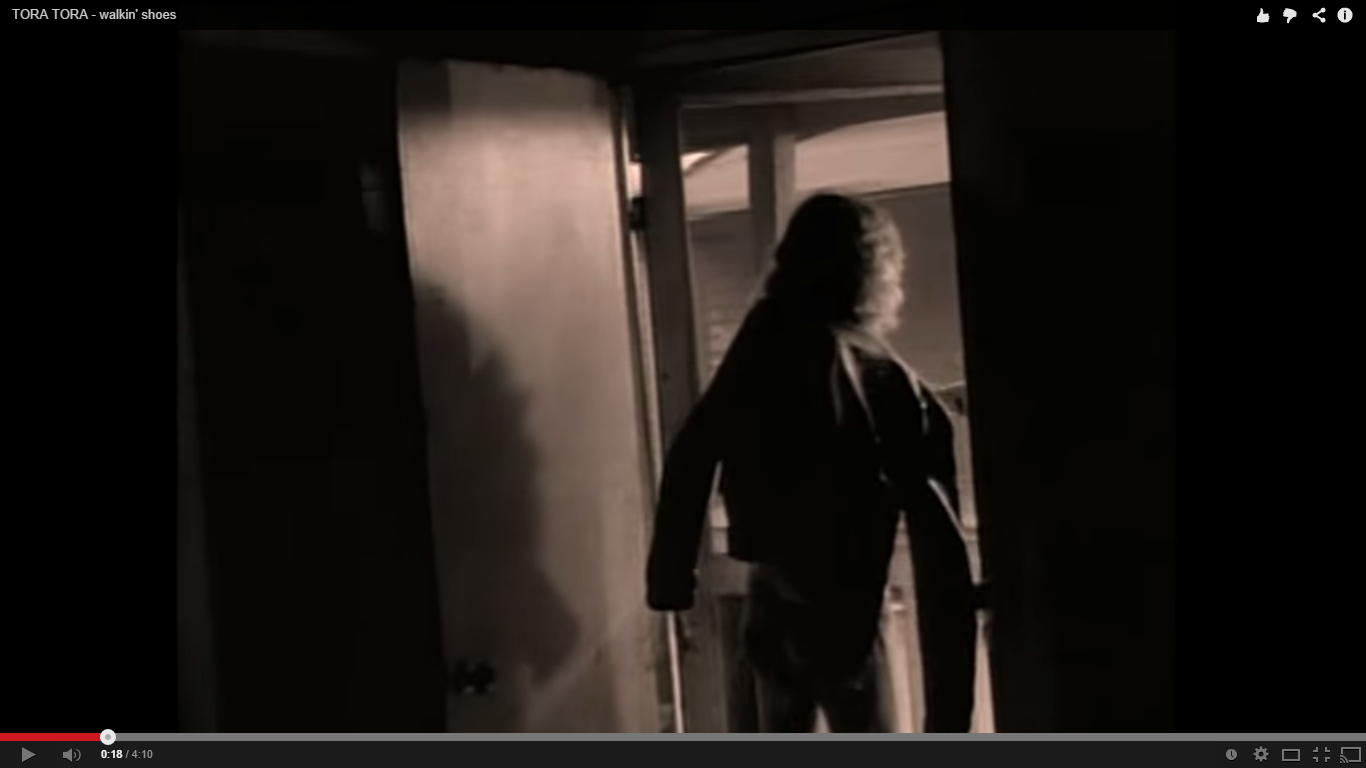 That way, when Groupie realizes he's gone with no explanation, she'll panic and start frantically searching the neighborhood for him. Of course Skanky Rocker Dude times this so that Old Black Guy will be on his porch to see the whole interaction, from his leaving to Groupie's panicked searching. Skanky Rocker Dude then struts down the street, content that the neighbors couldn't help but notice his monumental dude-broness. 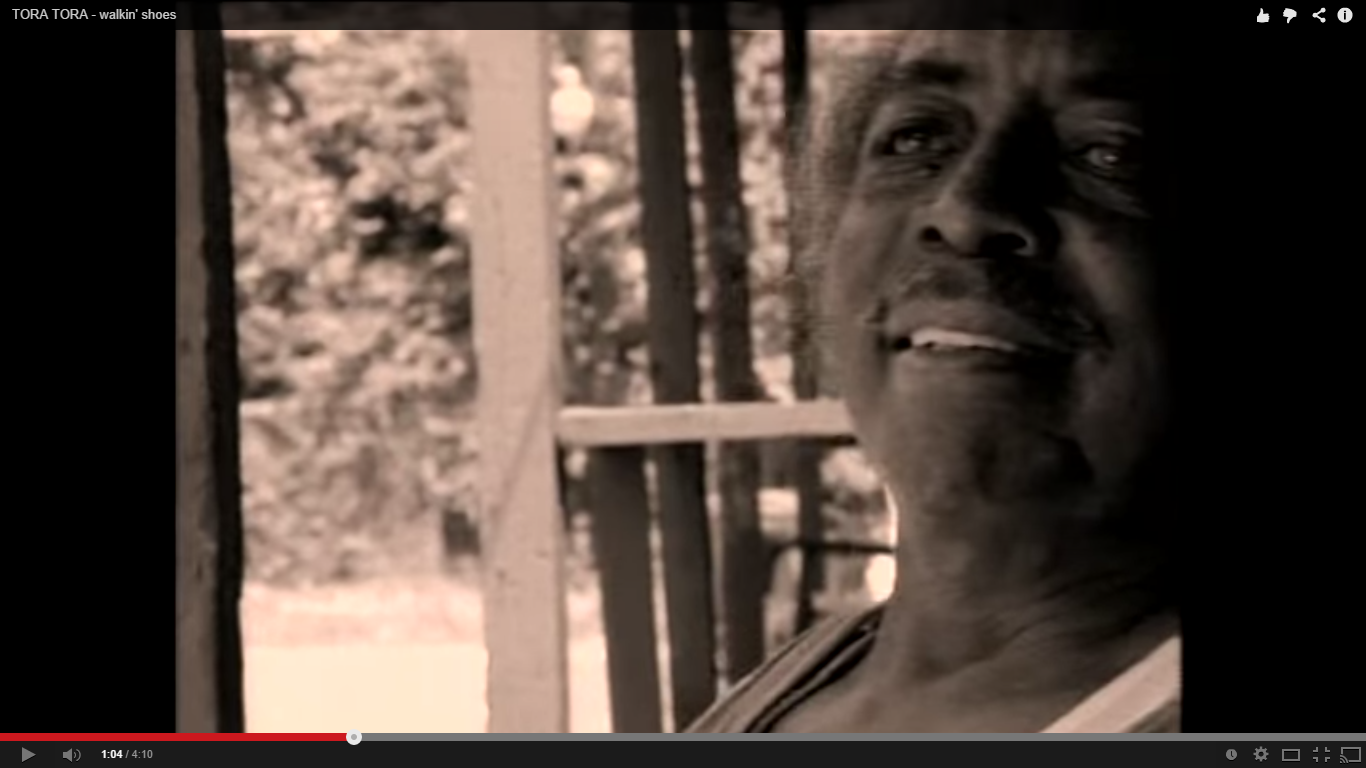 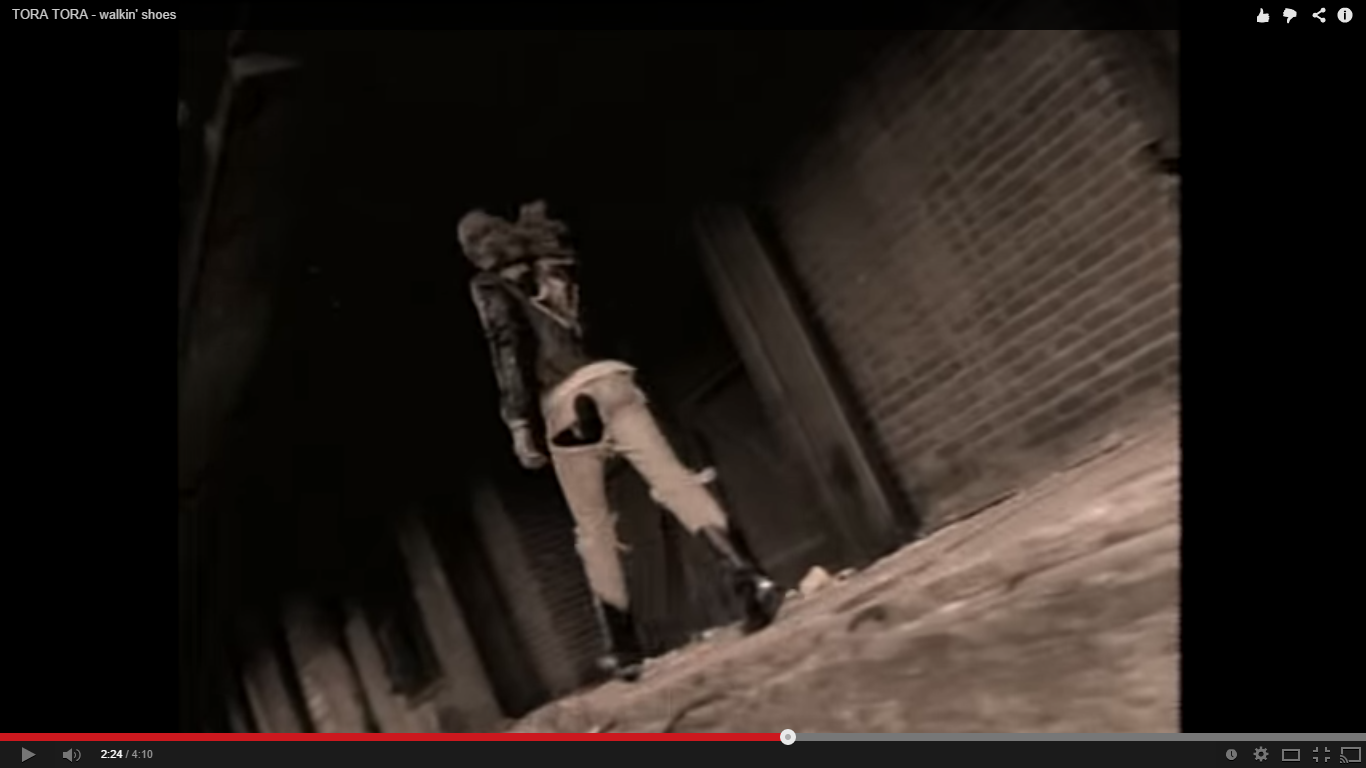 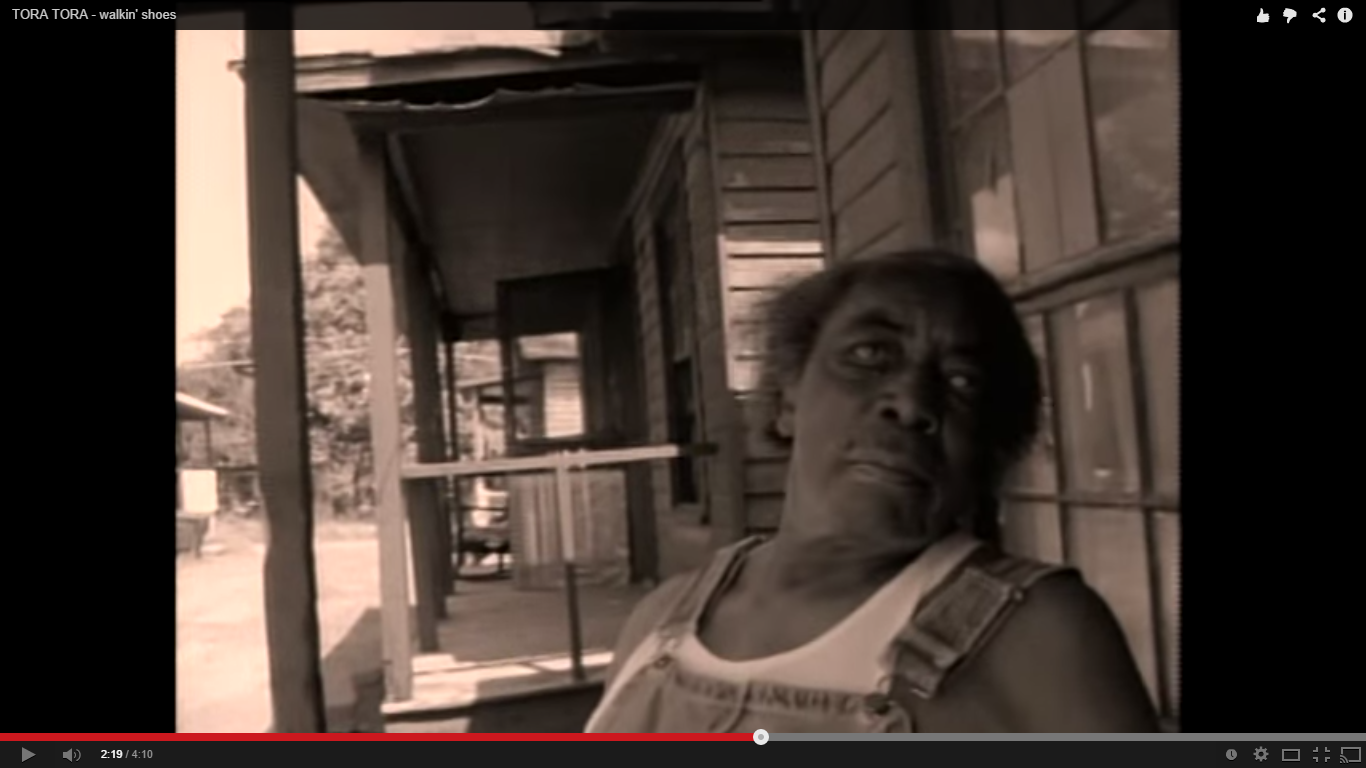 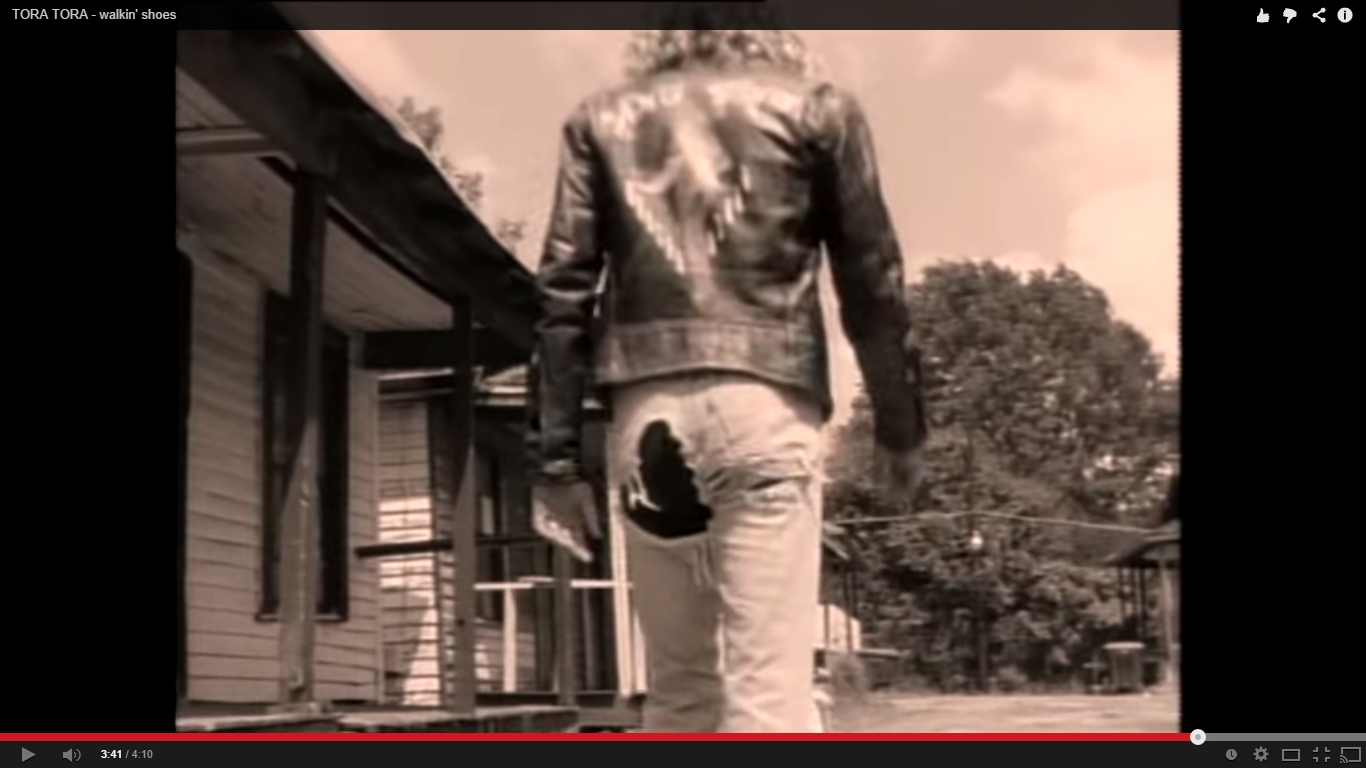 Silly Skanky Rocker Dude. Don't try to show off while wearing something distracting like that pair of jeans with half the butt torn off. You could be juggling winged kittens while tap-dancing on a rainbow, and the people you're trying to impress would still be fixating on the fact that they can see your crusty old Donald Duck boxer shorts.

Fortunately for Skanky Rocker Dude's dignity, Old Black Guy isn't a super-passive-aggressive type who would rather, oh, just sneak out of the house and let a girl freak out over the possibility that he's been kidnapped by a Mexican drug gang than just tell her that he's not that into her: 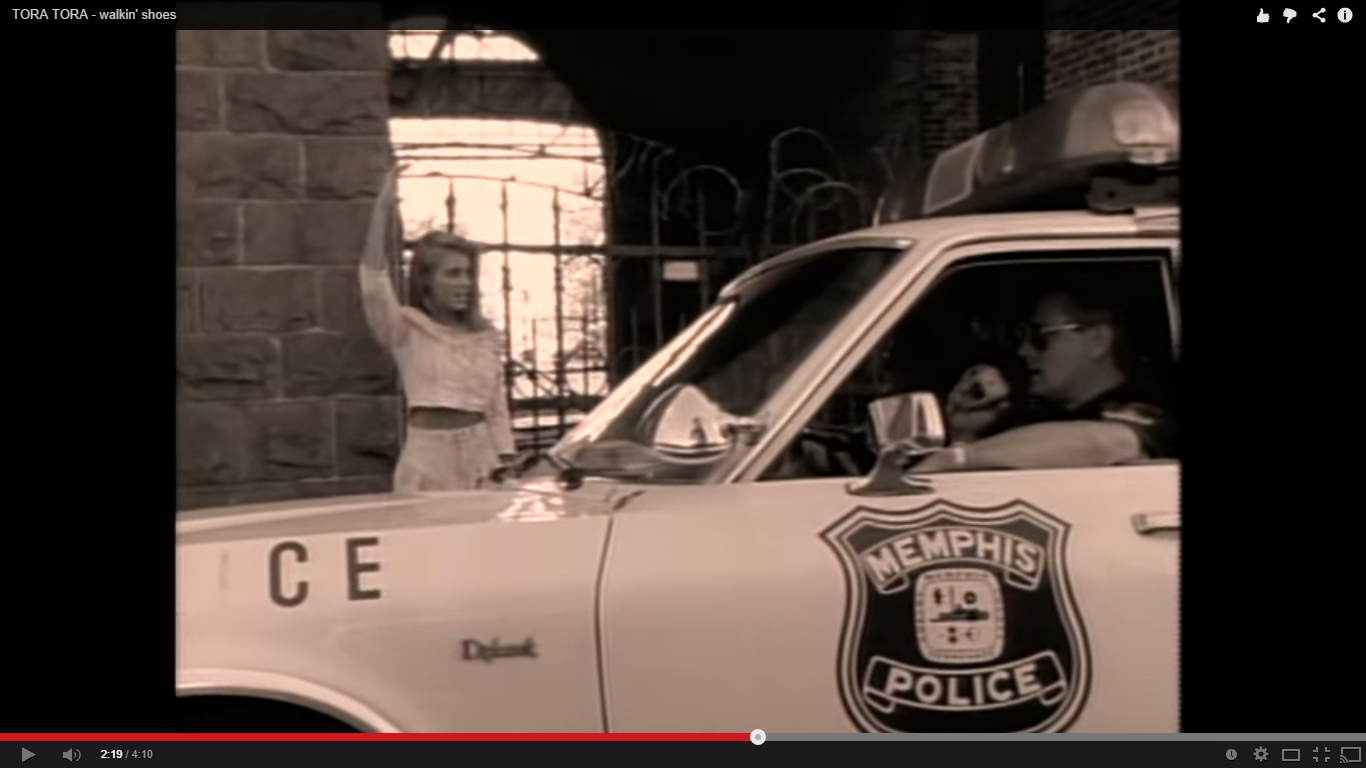 No, if Old Black Guy has a problem with your behavior or fashion sense, he won't hesitate to call you out. And he'll do it diplomatically: 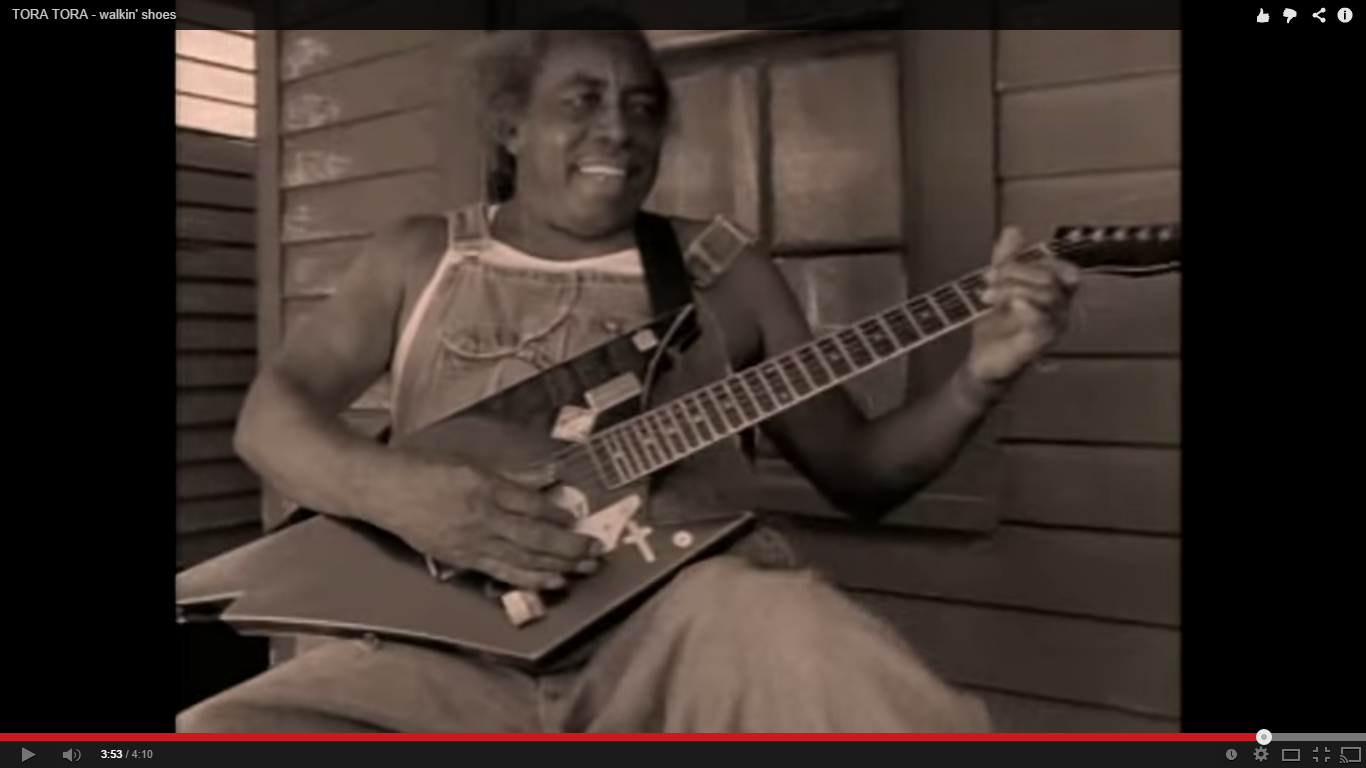 "So here's the deal: You buy yourself some new jeans that don't look like you tried to cut them into assless chaps and gave up halfway through, and I'll give you this guitar." 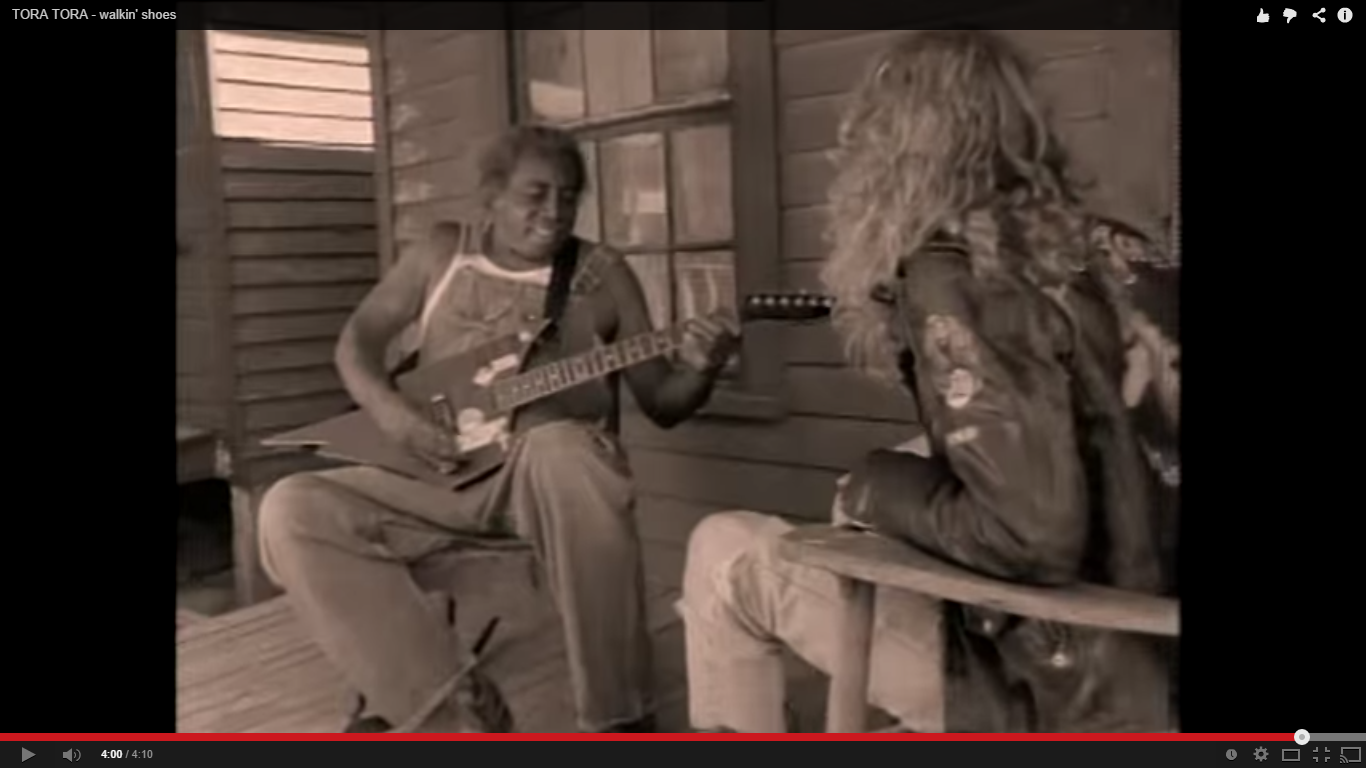 "A free guitar, and all I've gotta do is go shopping? That's totally rad! I'll do it!" 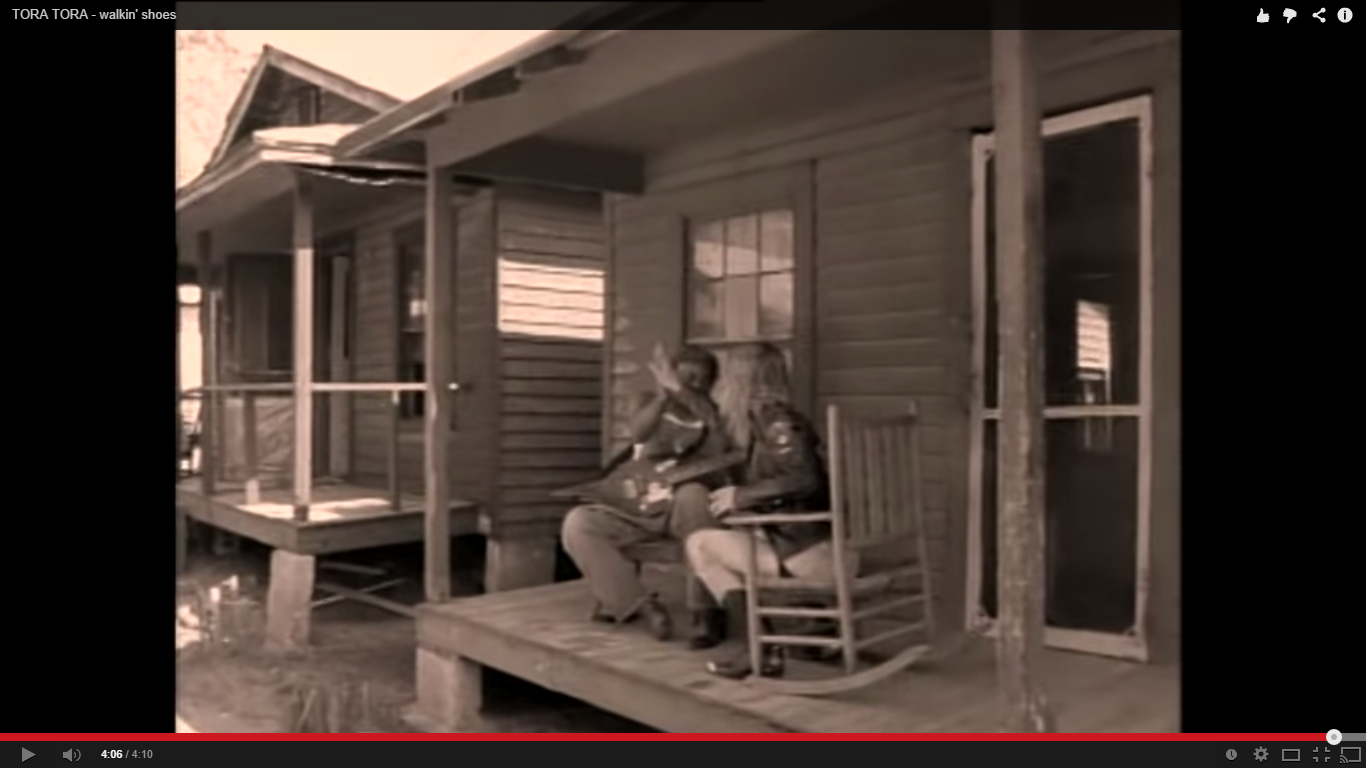