This post isn't going to be quite like a regular Music Video Monday post, because the video involved did not come out in the 80's or even in the early 90's. In fact, it was released in 2009. But I'm writing about it anyway, because it was crafted from pure happiness and cotton candy. I want everyone to know that it exists.


This is "Beautiful Bomb" by Finnish glam rock band Reckless Love, and despite not actually being made in the 80's, it is still one of the 80's-est music videos I've ever seen.

Lots of gaudy pink neon in the background? Check! 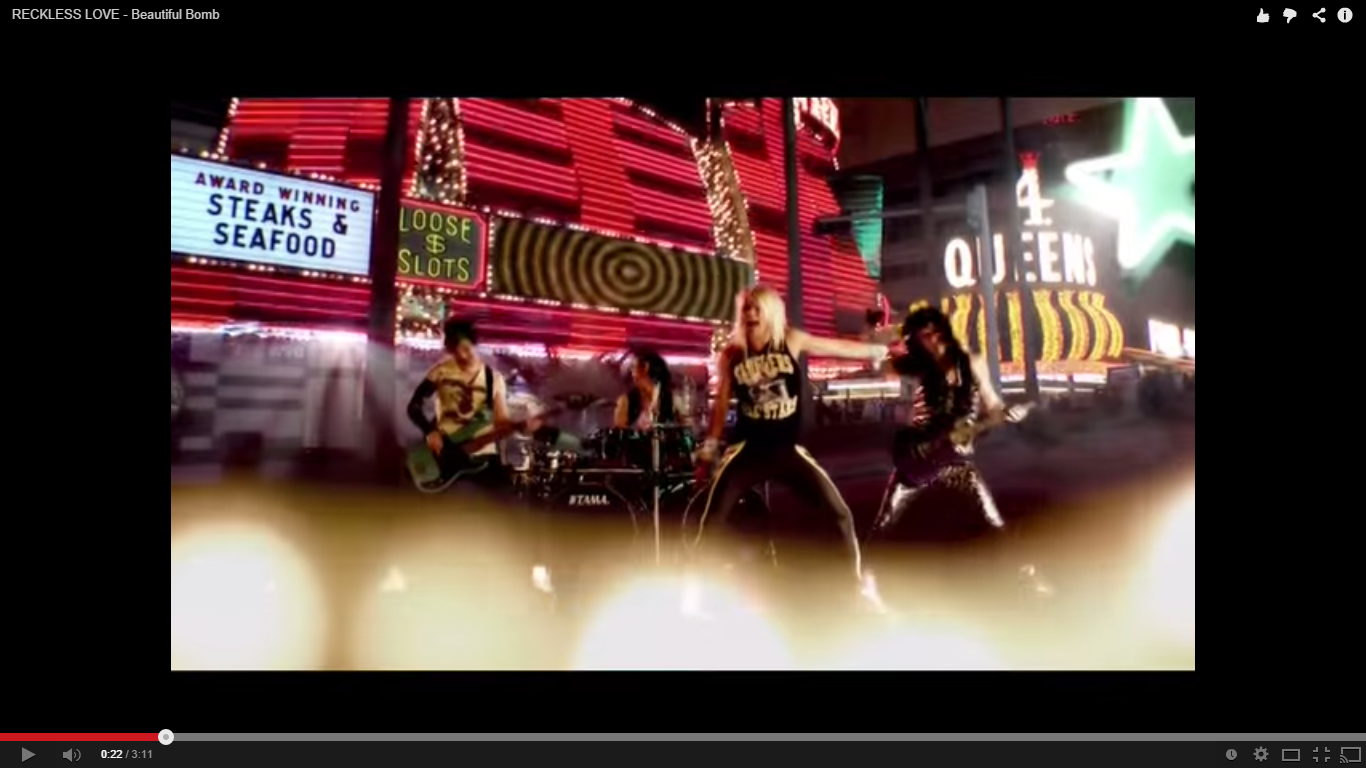 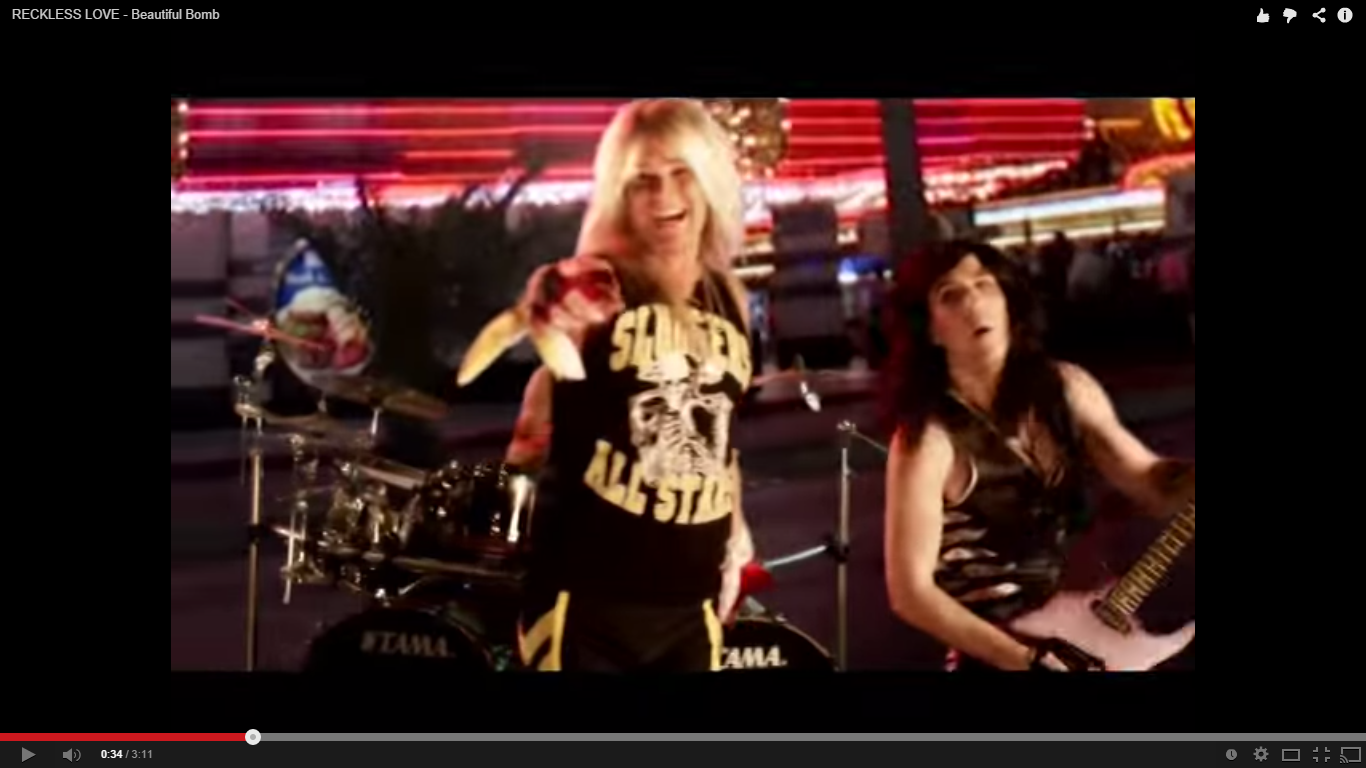 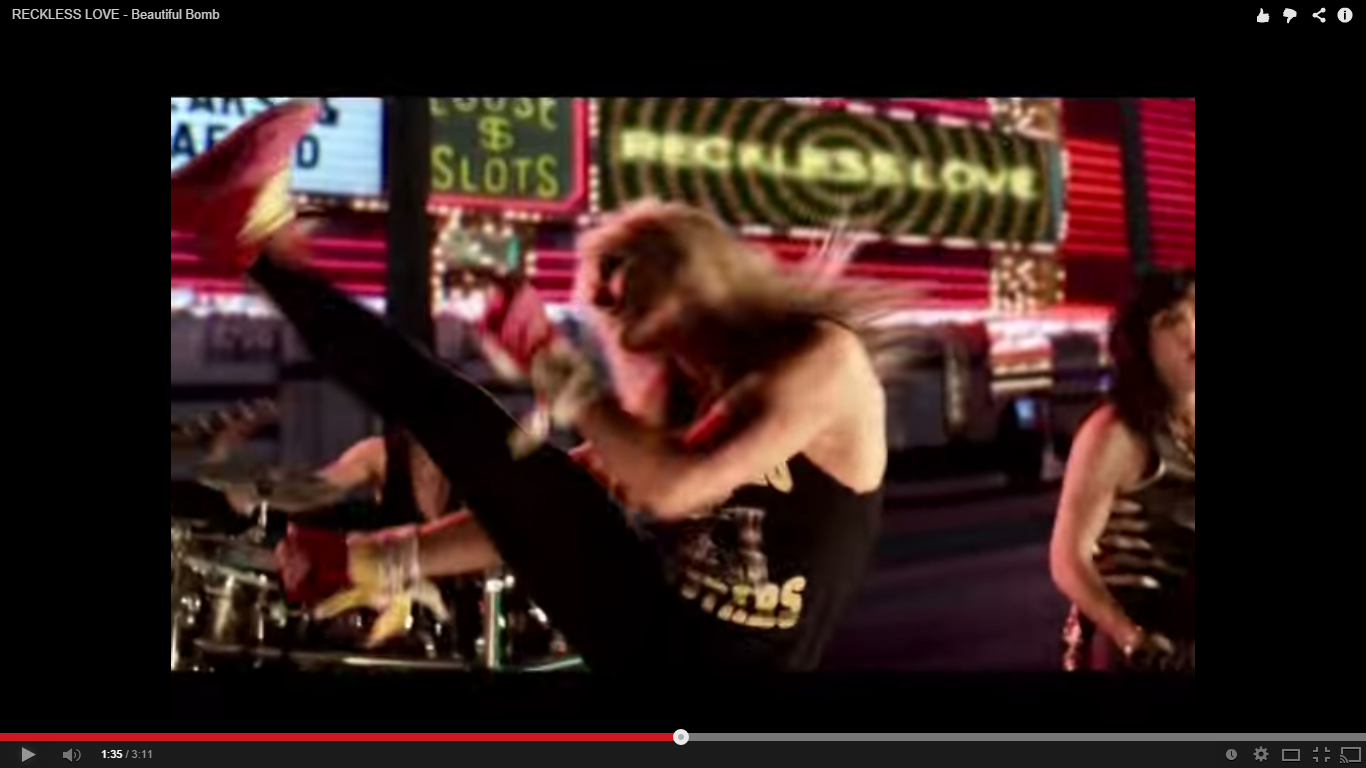 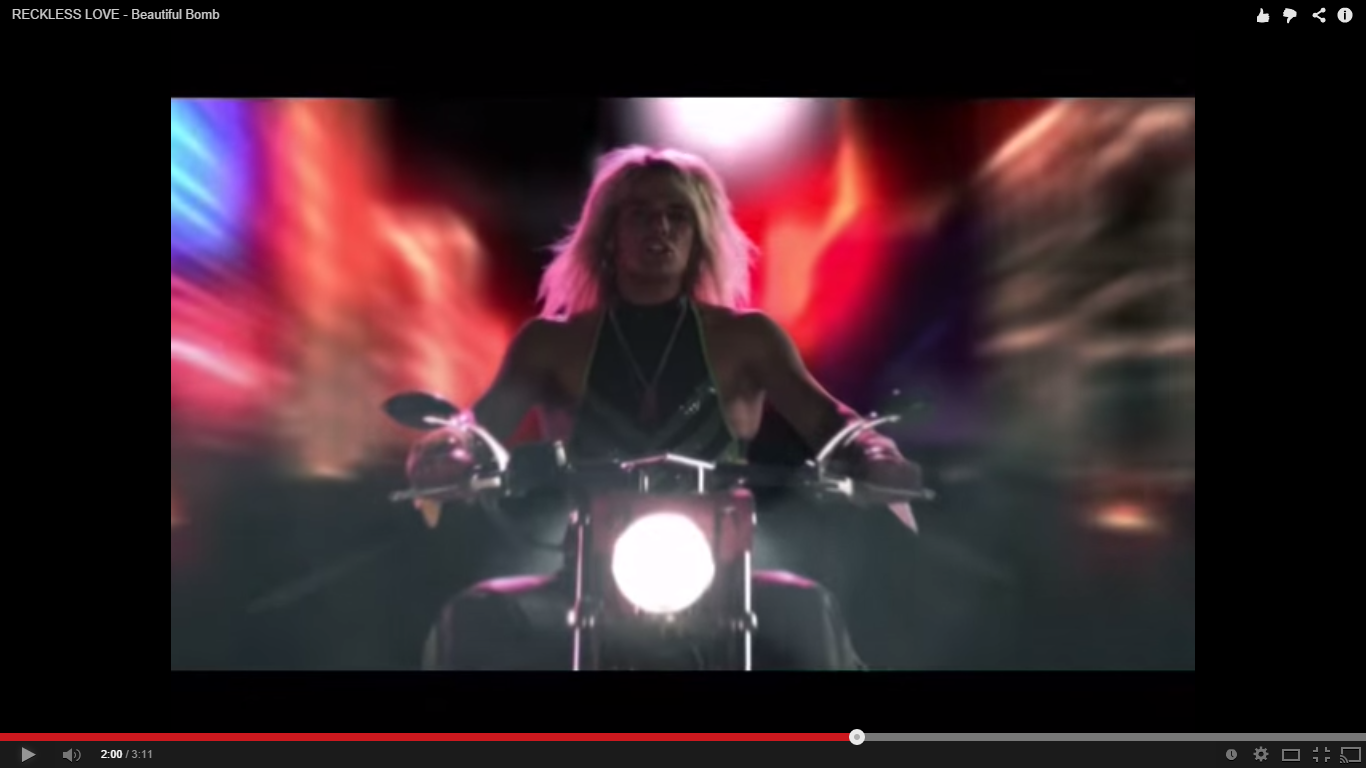 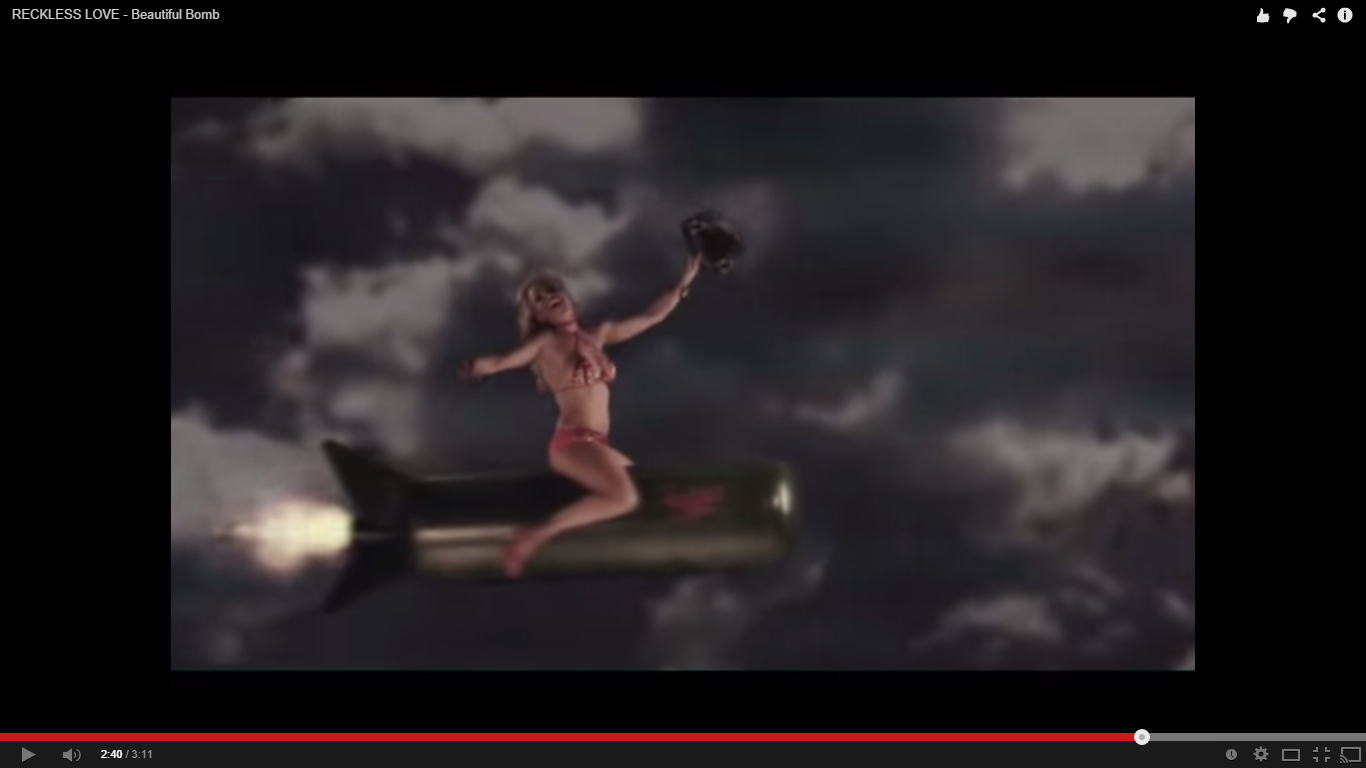 I don't know how well it comes through in this still, but that's a fuzzy leopard-print cowboy hat she's waving around in her left hand, and that too is pretty classic 80's.

Also, the lead singer may be the most adorable person ever to walk the face of the earth: 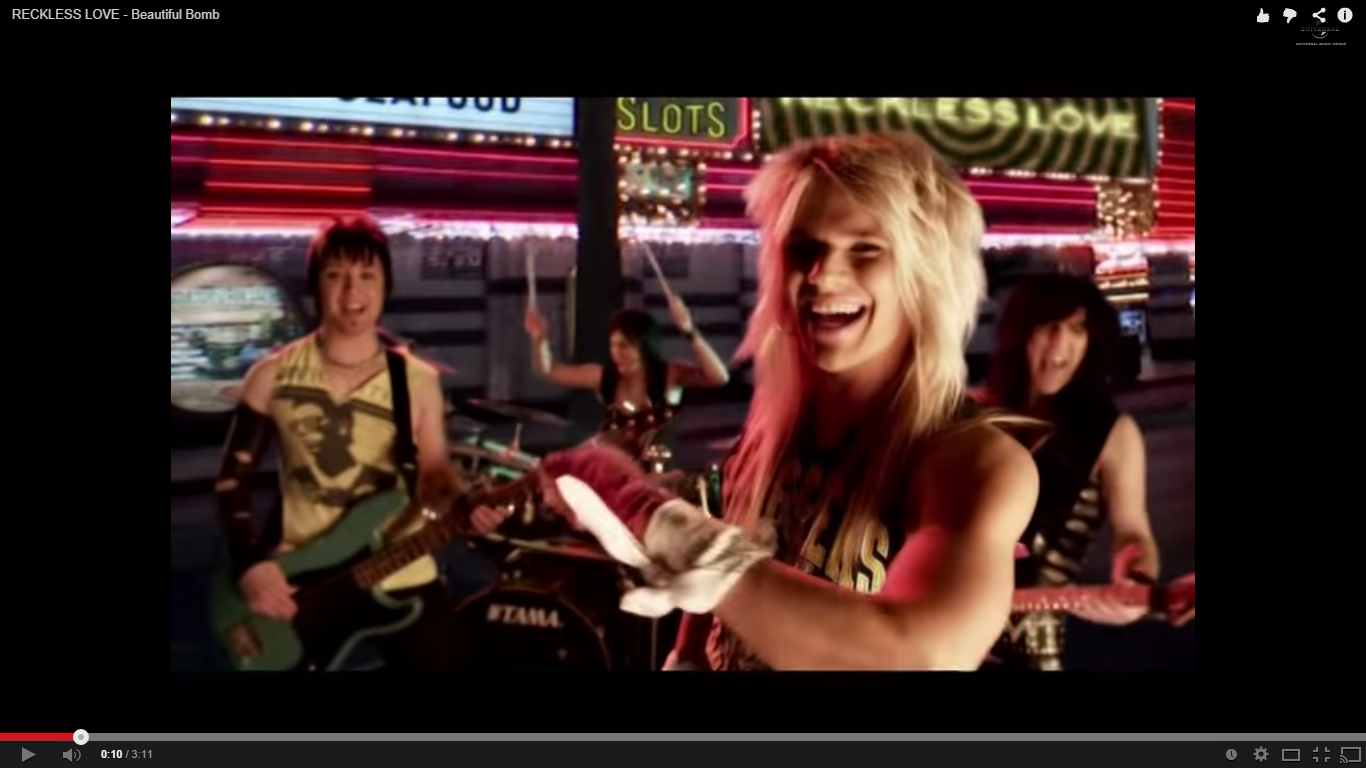 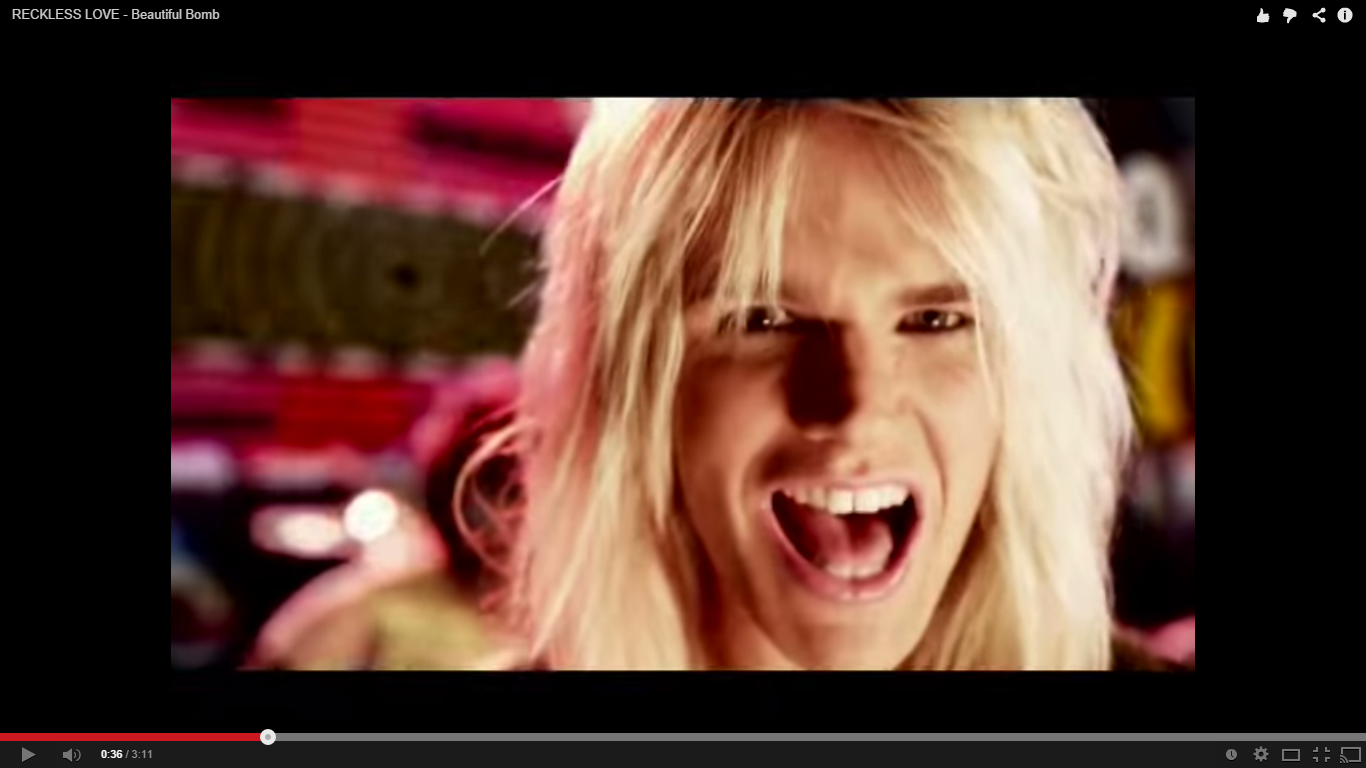 D'aww, look at him, all bouncy and happy and smiley! I've heard that Finns have gotten a bit of a reputation for being glum,* but this guy looks like if he hugged you or high-fived you or even brushed past you too closely, you'd instantly detonate in a cloud of glittery confetti from the sheer force of his powerful infectious cheerfulness. No wonder he's singing about bombs.