Music Video Monday: Always There For You

Ever notice how US Evangelicals seem to have forged their own weird shadow-society? One with its own bookstores and restaurants, as well as a whole world of "Christian" art and pop culture ranging from the funny and charming to the groan-worthy crap to the just plain disturbing? Well, guess what? They also have their own hair band!

This is Christian glam metal band (wow, do those words ever sound weird together) Stryper. As Christian music acts go, they're generally much closer to the "good" end of the spectrum than the "makes me want to rip my own ears off" end. The Christian message is definitely there, but it doesn't really get in the way of the song, or the video.

Interestingly, a lot of Christian critics didn't like Stryper very much when they first came out. Some of their complaints focused on the band's costumes, which were deemed too flashy and not modest enough for Christian performers. I find the modesty bit a strange nitpick, since these guys are the most well-covered hair metal musicians I've ever seen:

Well...except for their drummer. He has a bare chest and bare arms, the brazen hussy! He'd better stop flaunting himself and making good, upright Christian women sin in their hearts, or he'll end up going to *whispers* H-E-double-hockey-sticks with those painted man-Jezebels from Poison and Motley Crue!*

Also, I would like to know why they have a helicopter. 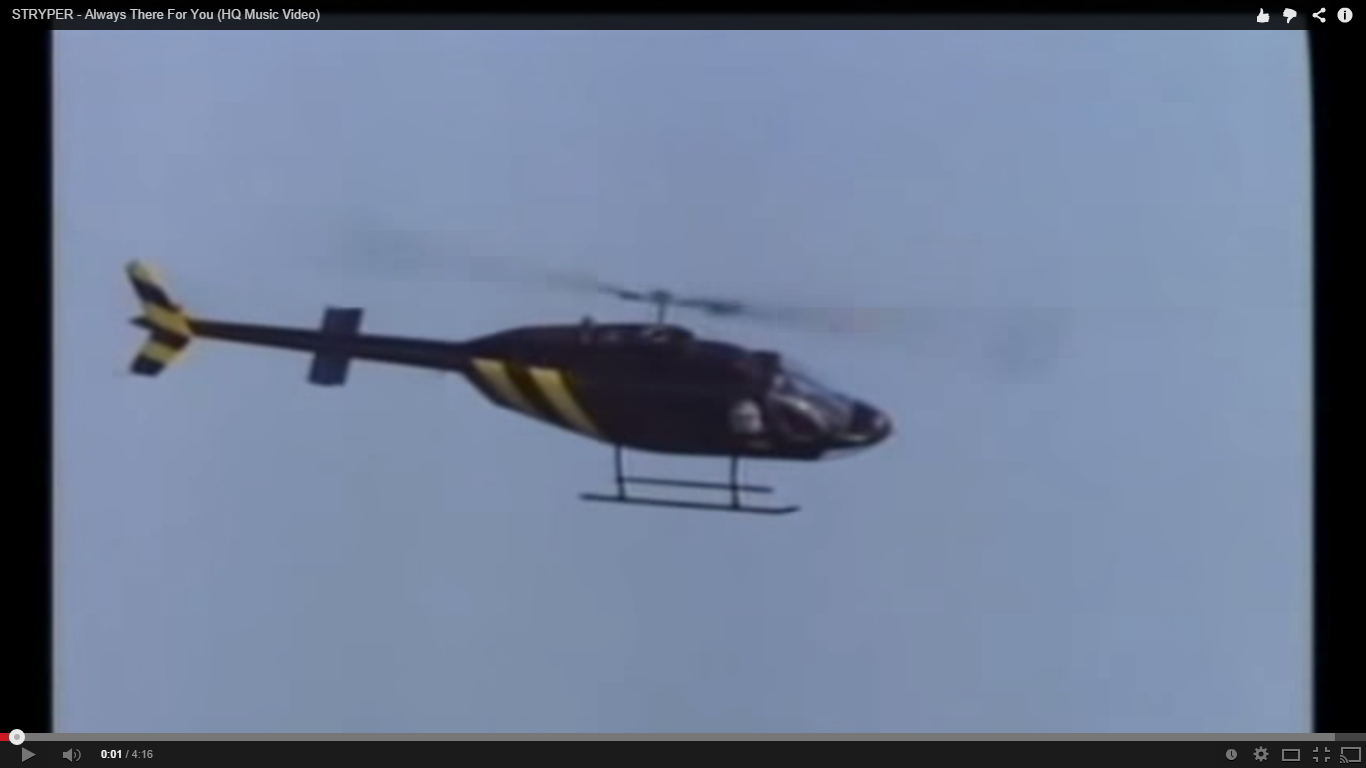 And why they keep said helicopter's door wide open while they fly over the city: 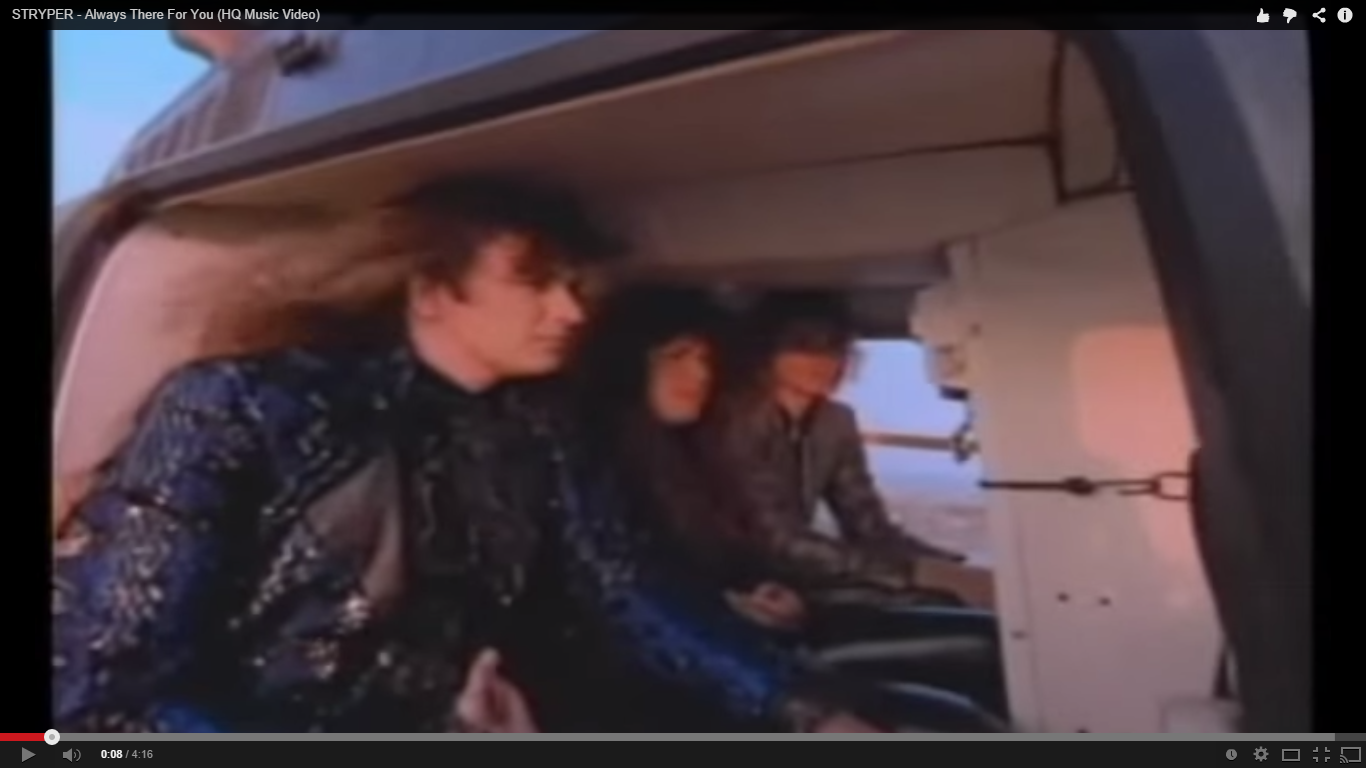 Given that the video implies they do this all the time (they even have their very own personalized helipad) I can't help but wonder if something similar to that one Simpsons episode where Flanders gets put in charge of the town's surveillance cameras is going on here. Are they flying around town to catch people in the act of breaking the ten commandments? Do they have, like, a megaphone in there for scolding jaywalkers? Or maybe some sort of garden hose hookup for spraying cold water on teenagers making out in the park?**

Alas, we never find out. They only spend about 16 seconds in the air before landing and putting on a show. See? I told you they had their own personal helipad. It even has their logo*** painted on it: 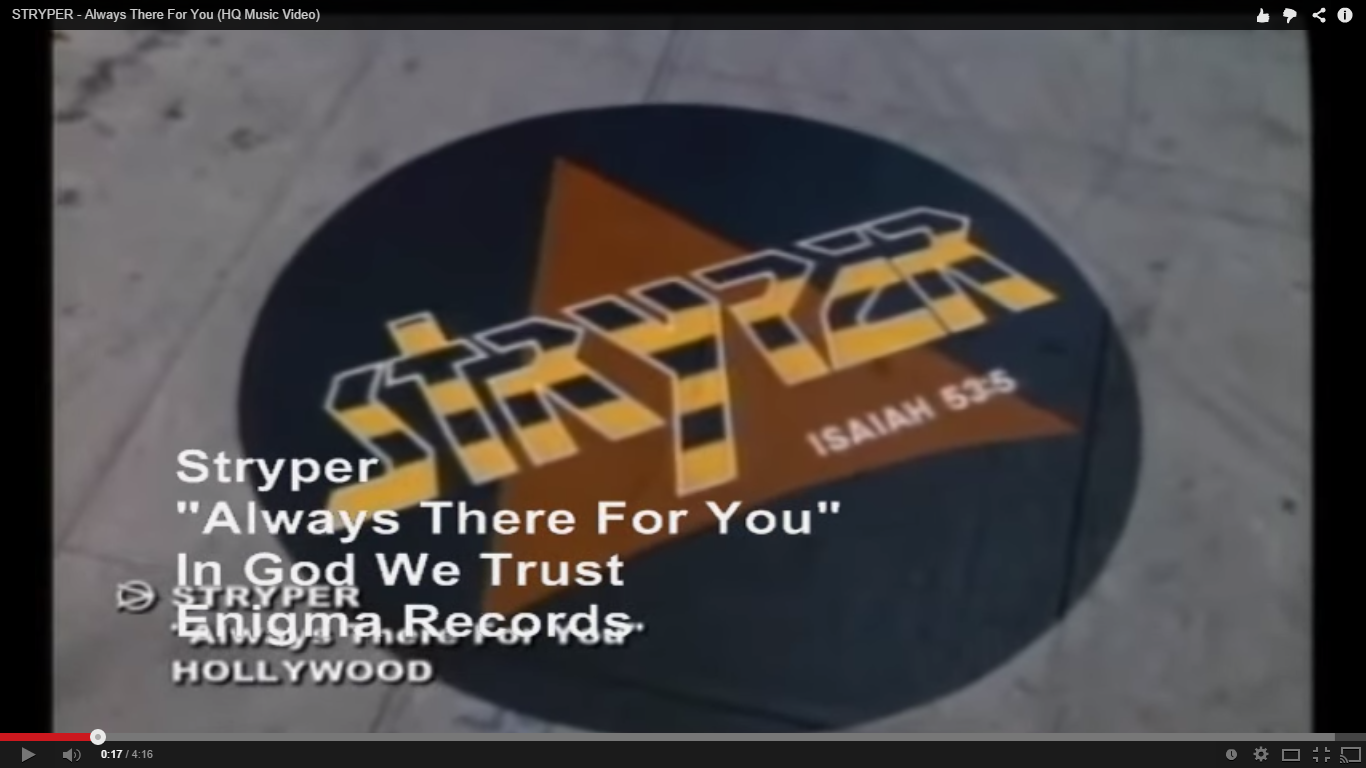 Then they dance around on giant money. 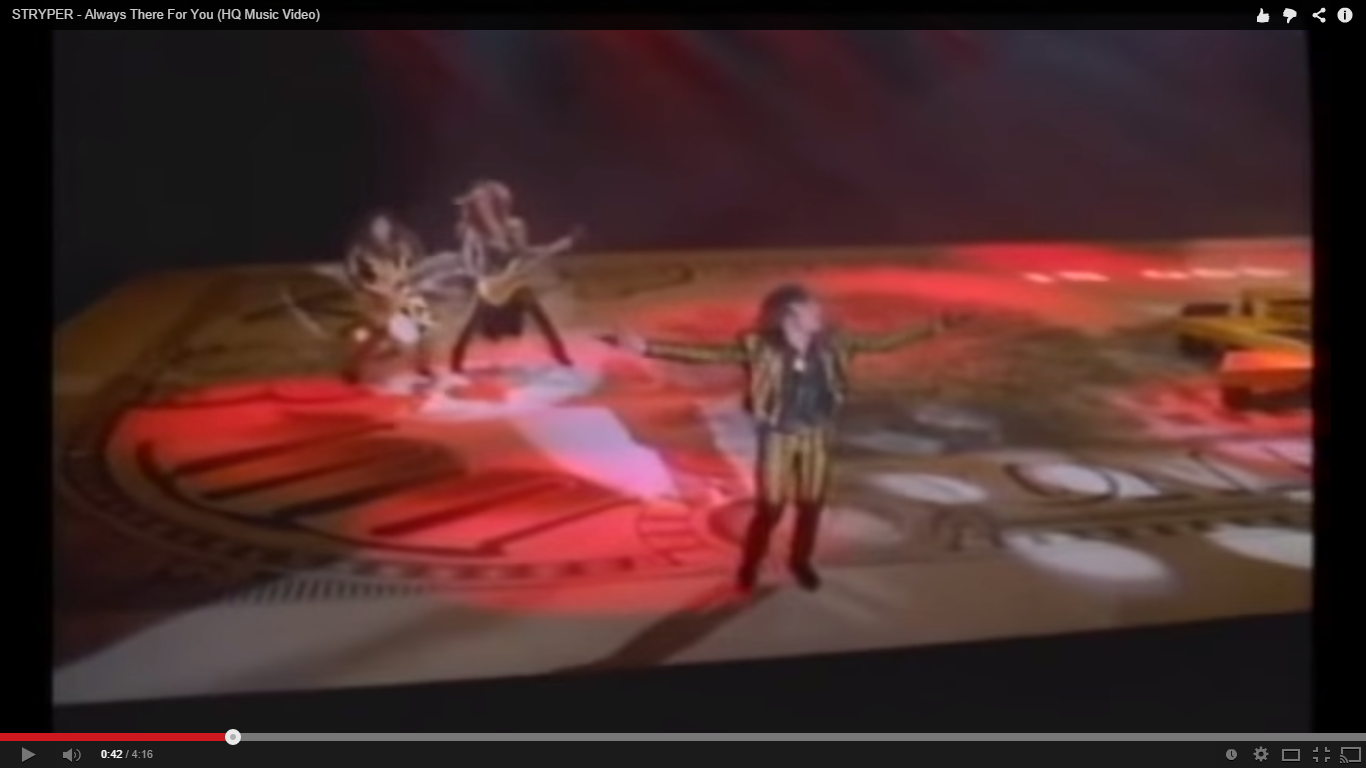 It's a bit hard to tell with all the flashing red lights and constantly shifting camera angles, but that's definitely a blown-up image of a (I think) one hundred dollar bill they're performing on. And that's the only part of the video that really bothers me. I think the dollar imagery was only included because of the "In God We Trust" motto on US money (in fact, I'm pretty much 100% certain that's the case, since the video comes right out and says it. Loudly): 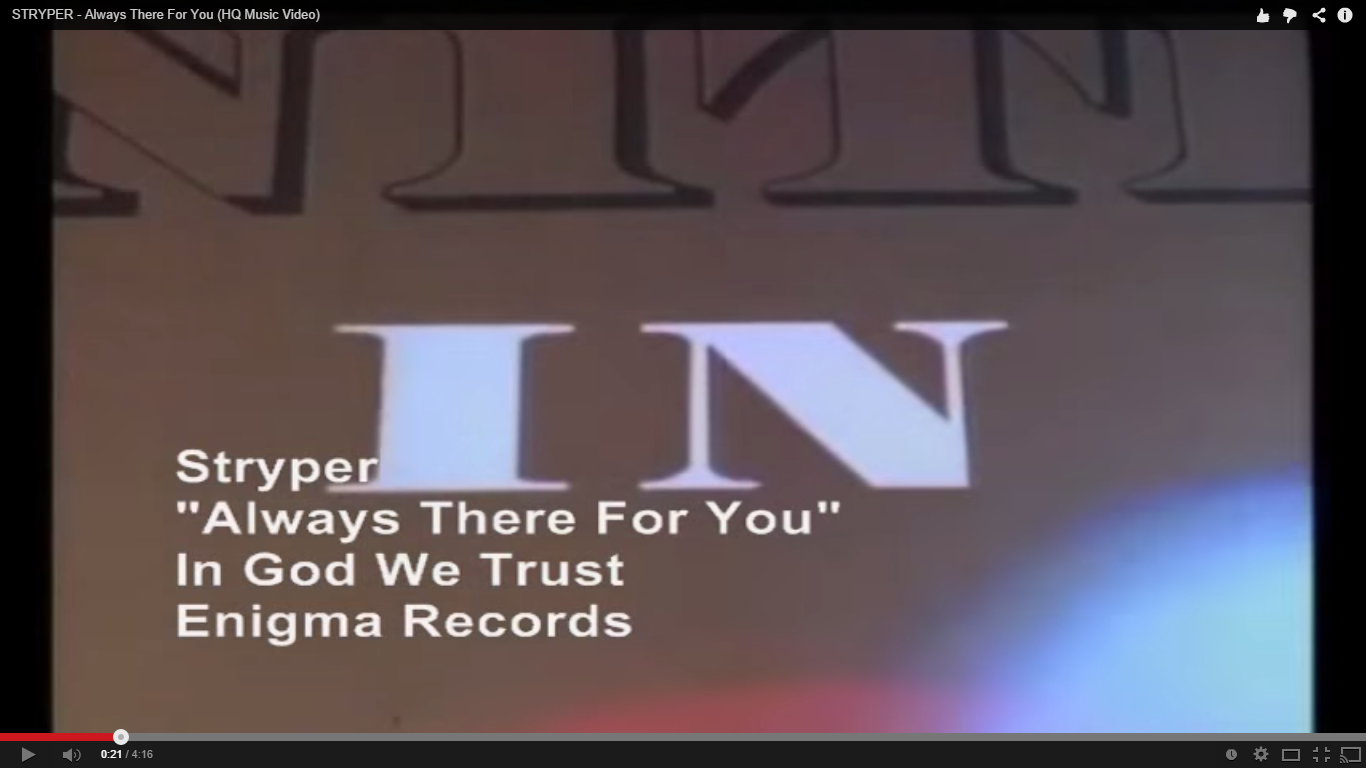 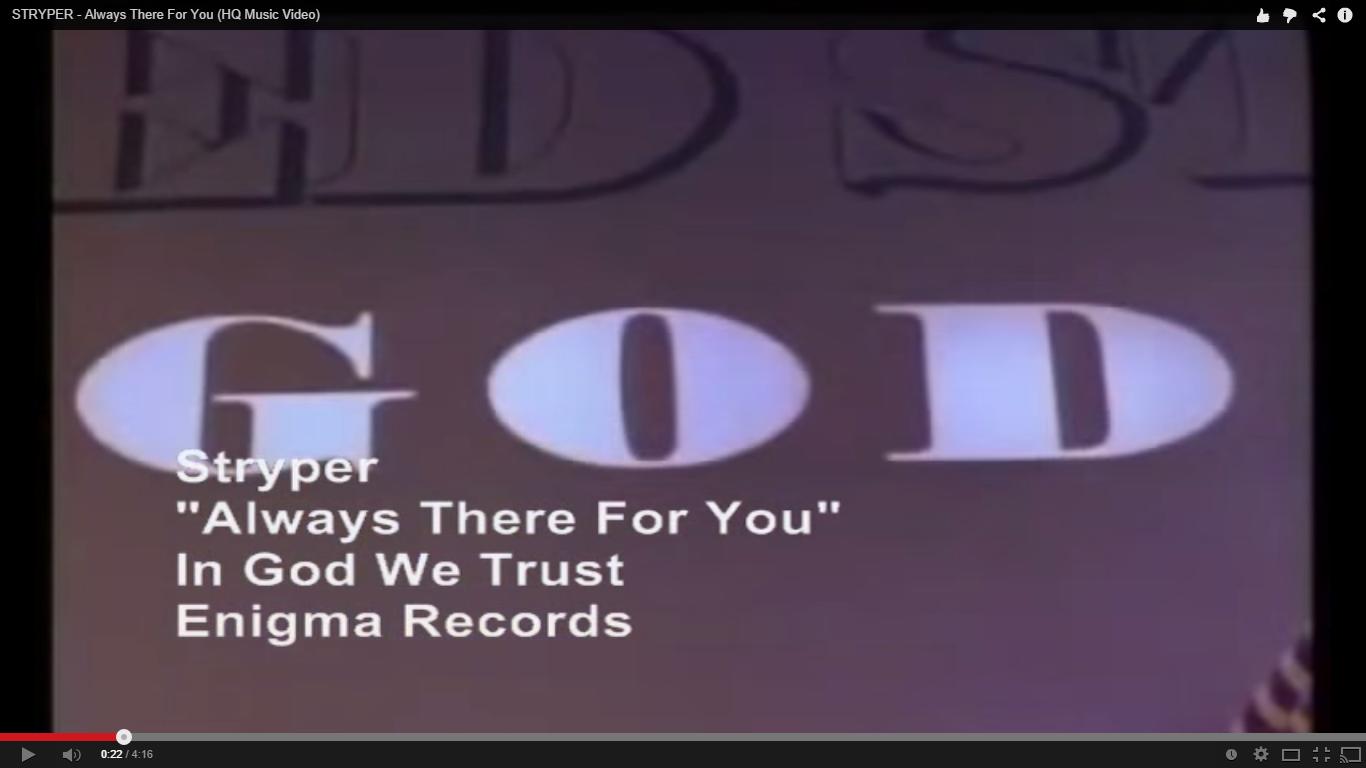 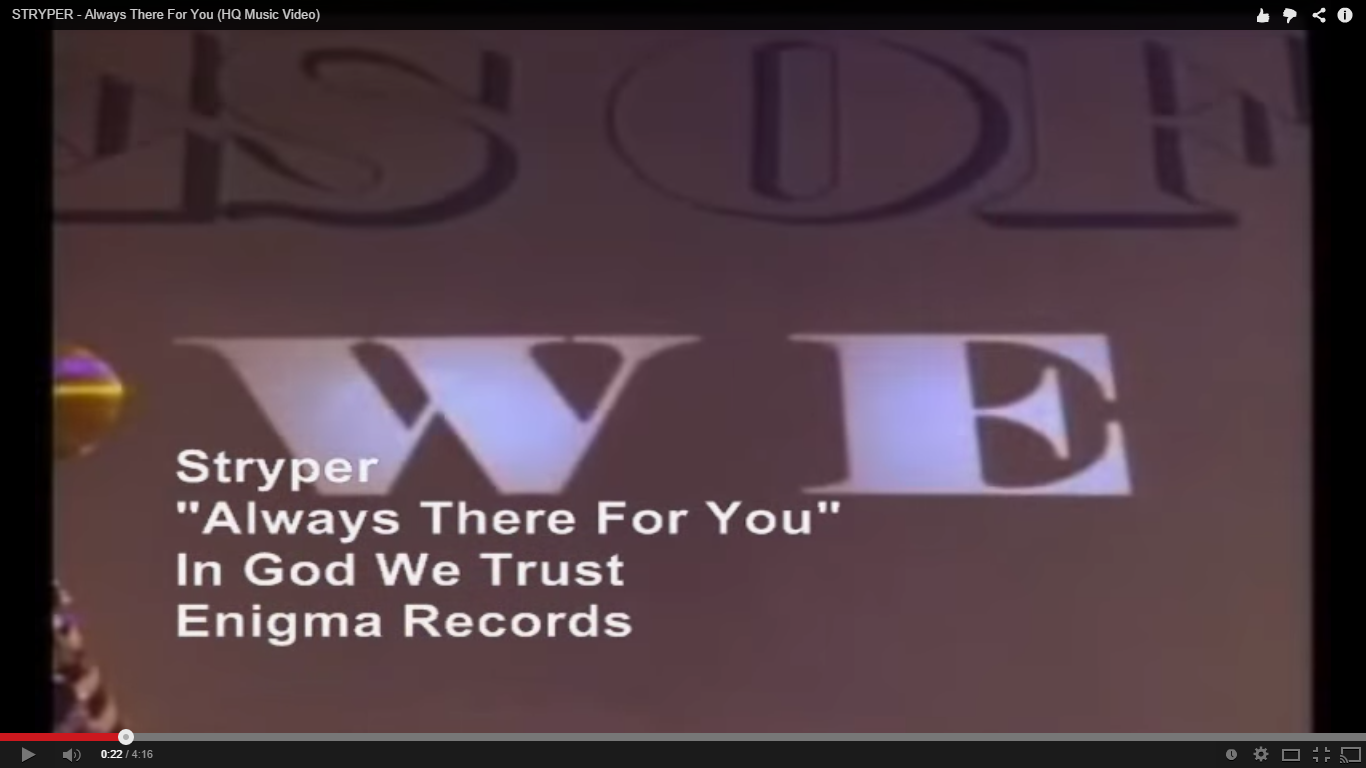 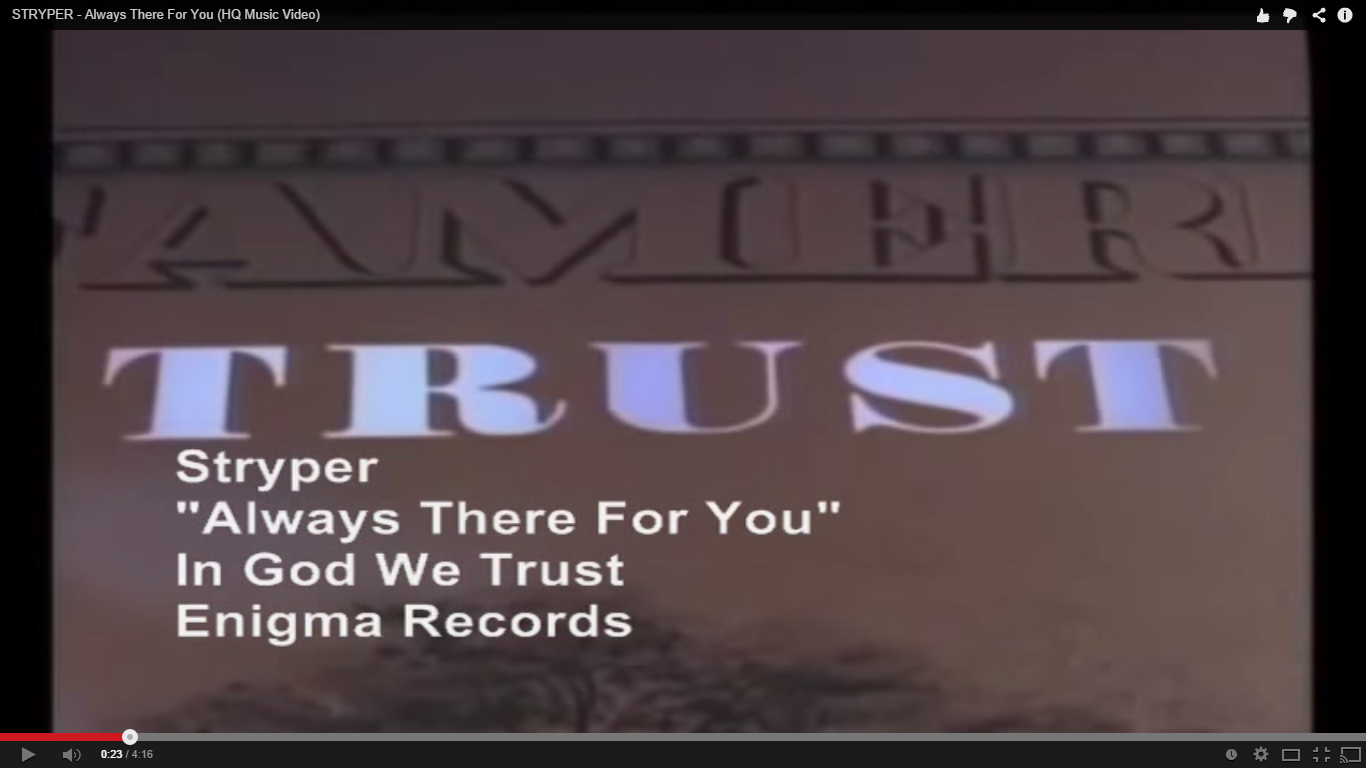 But whatever the intention is, the accidental implication seems to be that if you worship God hard enough, He'll turn you into a hot rock star and give you so much money that you'll think nothing of carelessly stomping on the stuff (also possibly your own private helicopter). That's a fairly strong whiff of the prosperity gospel, and I've never particularly liked the idea of the prosperity gospel, I mean, sure, quietly and privately thank God for personal successes if you feel like it. But if you're the kind of person who's only into this whole religion thing for the swag, you'd probably be better served by selling your soul to Satan. He hands out worldly wealth and power too, and he lets you sleep in on Sundays.

Still, I can't help but like Stryper. After all, if a band managed to get onto Jimmy Swaggart's shit list, they must have been doing something very right.

*Although if Hell is going to be full of gorgeous, shirtless male glam rockers, I don't think I'd mind going there.
**They fly over a fairly substantial body of water in the opening sequence, so I like to think that they use that chopper to track down people they suspect of fishing without a license and pelt them with rotten eggs. They take that whole "stewardship of the earth" thing from the Bible pretty seriously, don't'cha know?
***In case you're wondering what the "Isaiah 53:5" under their name means, here's the Bible verse. Stryper derived their name from it.
Posted by Lady Evil at 2:47 PM