So I found this article in the New York Times archive.

The gist of the article is that the United States was considering imposing economic sanctions on the South African government for being horrible and oppressive, and one Reverend Jerry Falwell really didn't want that to happen.

Don't get me wrong. I'm not saying that no one should ever oppose economic sanctions because--let's face it--economic sanctions kind of suck as a way to make brutal dictators stop being brutal, and usually end up doing more harm to the oppressed people they're meant to help. But even if he was concerned about this possibility, Jerry Falwell was physically incapable of not coming across as a terrible person.

His argument was basically that he talked to South Africans "in every segment of every community"* and they didn't like the idea of sanctions, so obviously everyone is fine with the way things are and we should keep on supporting the (horrible) Pretoria Government and investing in companies that do business in South Africa.

He also didn't like anyone who brought an opposing viewpoint to the table, most notably Bishop Desmond Tutu, about whom he said, "If Bishop Tutu maintains that he speaks for the black people of South Africa, he's a phony." 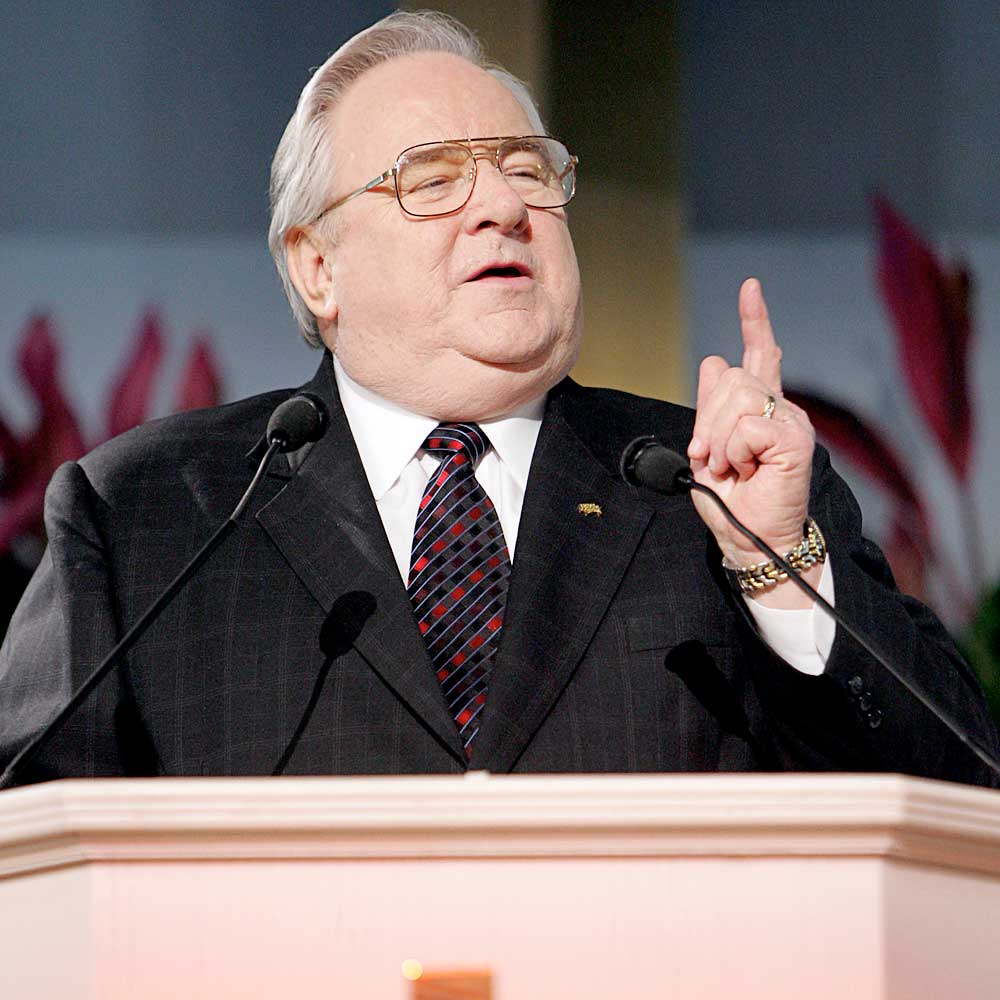 One of these guys looks waaaaay more qualified to "speak for the black people of South Africa" than the other.

Here's a hint: It's not the rich white American guy.

*This is probably a teensy exaggeration on his part. Somehow I just can't see the Reverend Falwell, in his immaculate suit and silk tie and his perfectly slicked-back 80's-businessman hair, trudging around the poorest slums in Johannesburg to fulfill his "every segment of every community" requirement.
Posted by Lady Evil at 1:33 PM